My grocery budget is $330 each month for a family of four – two adults and two kids.  My real food budget includes food, household items and toiletries.  Today marks the halfway point of February.

You’ll notice a few extra pictures in this month’s halfway report.  It’s my way of making up for the complete lack of pictures in my last one.  They show a little more than food, but I’m hoping you don’t mind.

Everyone always wonders what I do with the food I buy, so here’s a quick link back to my current frugal real food meal plan.  I use this simple method for meal planning (unless I forget to move things around a bit while doing inventory) and then shop to fill in most of the blanks. 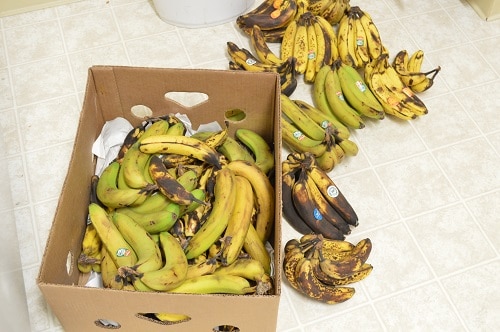 We got bananas.  Lots  and lots of bananas.

Bananas are so cheap.  So so so, so so so, CHEAP!  The lowest retail price in my area is a tie between Trader Joe’s at 19¢ each, and Costco for $1.39 per 3lb bag.  When buying bananas, my mission is to beat that price.  Which I did on this trip when I went to the Asian Market around the block.

When our bananas ran out, my first stop was the Asian Market again.  I figure if they had some, then great!  I’d get as many as I could.  If they didn’t have any bananas, I’d just add it to the Costco shopping list.

Boy oh boy did they have bananas!  Many were bruised, but we were blending them up anyway.  Some were still green though, which meant we’d have plenty of bananas for now AND later.

They weren’t marked, so I asked an employee how much they were and he said $5 for both boxes.

Guys – there was easily 100 bananas.  No joke.  There were two boxes that together weighed much more than my 38lb daughter and that picture doesn’t even show them all!

We’ve made two kinds of muffins, eaten them on a daily basis and of course blended them up in smoothies.  It’s now two weeks later and we’ve still got another couple dozen bananas left! 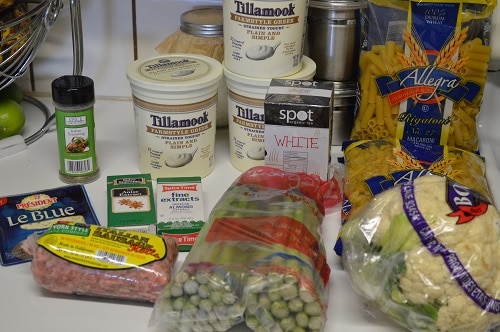 I enjoy tea on cold nights as a dessert so to speak, so that was for me.  Italian seasoning and lemon juice to replace pantry staples.  Blue cheese for homemade blue cheese dressing for buffalo chicken pizza on family pizza night – YUM!

Anise extract for some recipe experimenting (although I didn’t realize it tasted like black licorice and I HATE black licorice… we’ll see how that goes), pork sausage for homemade spaghetti sauce (and there was still some in the freezer… ) and cauliflower for creamy cauliflower sauce.

Pasta shells for homemade macaroni and cheese with creamy cauliflower sauce (which I haven’t done yet, so no recipe to share) and rigatoni for this baked ziti.

Does that make sense?  What would you have done? 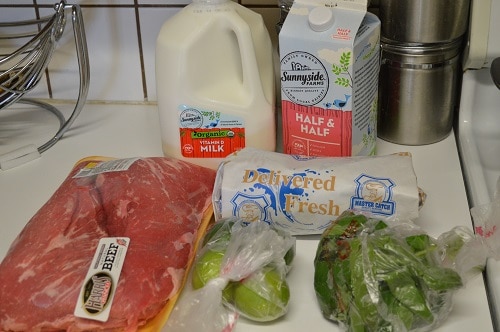 Milk for kefir, half and half for coffee and limes for sparkling water.  Instead of using all the fresh basil in one swoop (we use it in pizza sauce and tomato basil soup), I froze half as soon as we got home.  Half went into pizza sauce and the other half will likely go into pizza sauce again when our order of tomatoes from Tropical Traditions arrives.

The tri-tip was a bulk package, so I split it up and packaged them separately.  I even added fresh lime juice and this marinade before I froze it so it would season itself as it thawed!  We cooked up the smaller tri-tip last weekend and will save the larger one for another month.

I also split the jumbo prawns into two packages, saving one pound for another month. 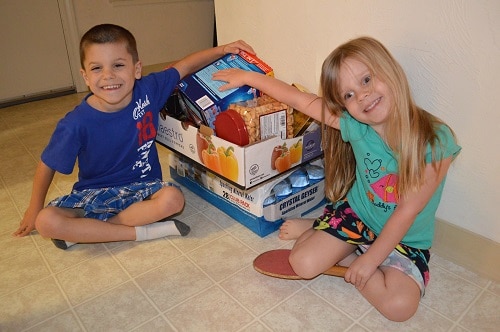 Before I go into any details, it should be noted that Mr. Crumbs did this entire trip by himself (which I think deserves a big round of applause).

Everything on this list are ‘staples’ in our kitchen.  Diced tomatoes and onions for cooking, whole chickens as the largest portion of our monthly meat and butter because butter is good for you!

Baby kale for smoothies and dinners (like this baked ziti), chocolate chips for muffins and cookies, apples and cashews for snacking, cheddar to top our meals and in grilled cheese sandwiches.

Taco seasoning – this trip was actually two weeks ago, before I knew about the homemade version.  I didn’t see any form of MSG listed on my first glance, but I think when this bottle is up, I’ll re-use it and make my own instead.  Just in case.  We’ll see if it’s any cheaper. 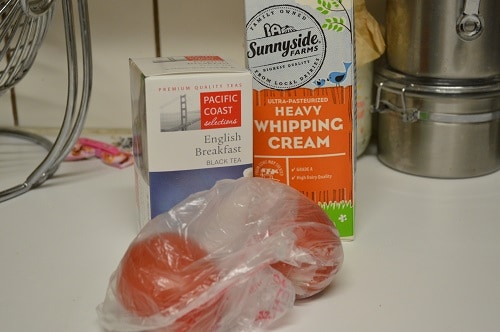 Heavy whipping cream is for some recipe experiments and the tomatoes was for grilled sandwiches, a last minute substitution when we didn’t feel like eating soup. 🙂 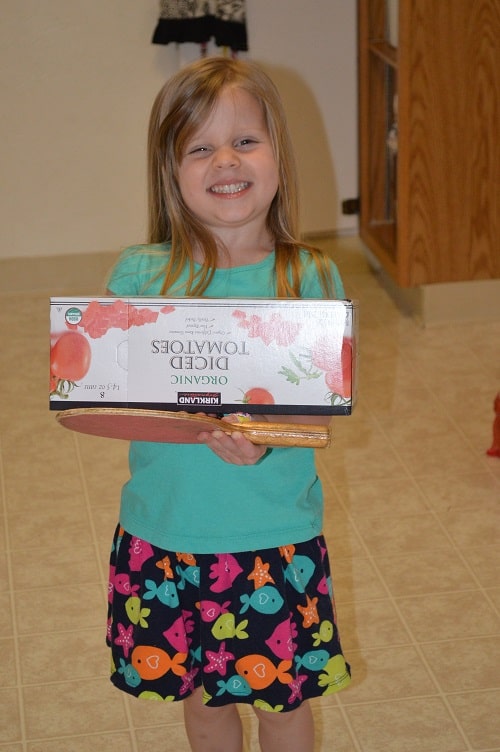 Once again, this trip was done by Mr. Crumbs.  Isn’t he a sweetheart?

Peanut butter is a pantry staple and we ran out.  Literally scraped the jar clean that morning.  Fresh mozzarella for homemade pizzas, apples for snacking and lettuce because it’s easy to make a salad for dinner. 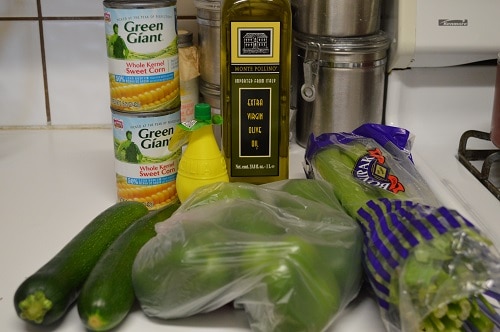 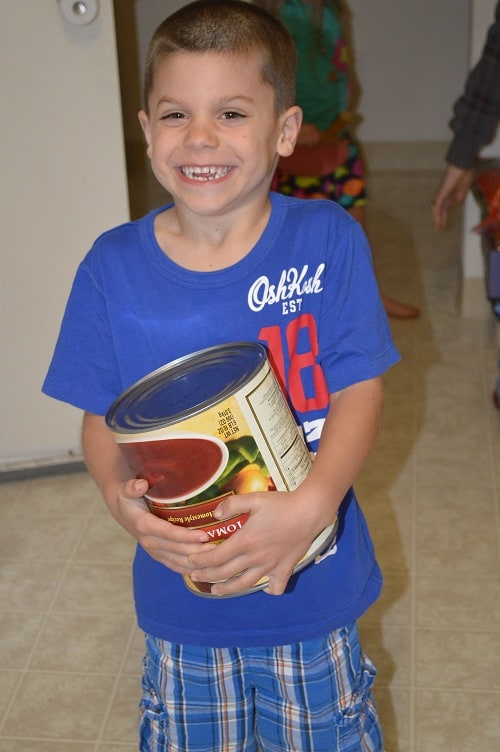 So far, so good.  This is a bit on the high side for being mid-month report (I try to spend no more than $250 or so), but it includes a massive hunk of beef and a pound of shrimp for another month.  We have plenty of food in the house.  Some non-apple and non-banana seasonal fruit would be nice, and there might be another gallon of milk, but I’m crossing my fingers that that’s it!  I would really like to save some of the extra cash so we can form a bit of a stockpile on frozen meats when I can find them for a good deal.

What about you?  How’s your budget looking so far this month? 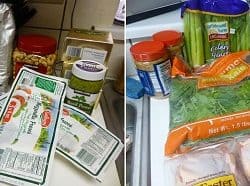 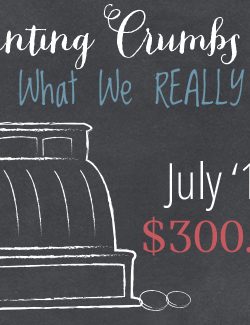