You are here: Don't Waste The Crumbs » Recipes » Breads » Homemade Bread in a Slow Cooker 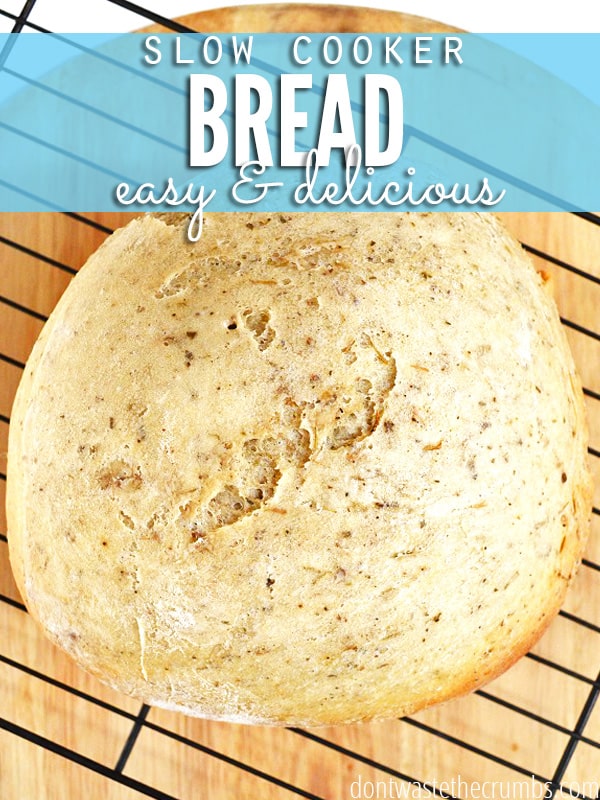 The fact that you can make homemade bread in a slow cooker shouldn’t surprise me. I mean, you can make meat, soups, stews, macaroni and cheese, fruit butter, yogurt, spaghetti sauce, veggies – even dessert! I don’t think there’s anything you CAN’T make in a slow cooker.

But BREAD in a slow cooker?! Time-laden, kneading-required, yeast-filled bread? Yeah.Right. I thought that only fared well in a real oven, not in a kitchen counter appliance created so that home chef’s didn’t have to stand monitor over a hot stove for hours.

Fortunately for all of us who love homemade bread but don’t always have time to make it, I was wrong.

PS – if you’re looking to expand your repertoire of slow-cooker meals, follow me on Pinterest. I’m constantly adding new recipes to the boards, including the slow-cooker board!

Yes, it was inconvenient in that we had to find alternate methods for cooking pizza on family night and yes, we had to buy bread for the first time in well over a year, but in the grand scheme of things, not having an oven really wasn’t as bad as I thought it would be.

We made tortillas and pita flatbread on the griddle. Baked a double chocolate peanut butter lava cake in the slow cooker. We also pan-fried chicken, ate lots of tacos and basically “made do” with what we had. Meals were good, cooking got creative and no one starved. Mission accomplished.

Well, except for the yearly Christmas cookie bonanza. Some of our favorite recipes were put on hold for a few weeks during this oven debacle, though we were able to snag a few while visiting family out of town… and according to my post-holiday waistline, their oven worked perfectly!

Once we got back from vacation we officially looked into getting the oven fixed. Our first method of repair was to order a part recommended by a neighbor and fix it ourselves. Unfortunately, he didn’t really know what he was doing and we were afraid to mess with the gas lines and end up making a bad situation worse. Blown-up house = bad.

Our second option was to call another friend who is skilled at this sort of thing, but he was busy and we were busy and our schedules just weren’t jiving. Y’all know how that goes, right?

Finally, our third option was to call landlord’s maintenance. Looking back in hindsight, we should have done this in the first place. Which is how this whole “bread in a slow cooker” idea came about… Lesson learned.

Meanwhile, amidst the issue of trying to get the oven fixed was another issue – eating. The family was growing weary of tortillas and pita flatbreads. Store-bought sourdough was getting expensive and I was getting grouchy because my bread-loving family was inhaling $3 worth of bread in one meal and the cost of those pretty loaves was adding up.

Money-Saving Tip: One of my lessons in Grocery Budget Bootcamp is to evaluate what are the best items for you to make from scratch. Bread is on the top of the list in my home. We love bread and making it from scratch saves a ton!

Finally, it dawned on me that the slow cooker might be able to do the trick. Sure, there would be some adaptations needed, but if it could bake a cake, it could bake bread, right?

Armed with a freshly kneaded loaf of rosemary olive oil bread, I gave the “bread in a slow cooker” a chance in the spotlight.

Holy smokes. It turned out AMAZING! Mr. Crumbs said it was the best sandwich bread he had ever had and even preferred it over traditional oven-baked bread. Now THAT’S saying a lot! 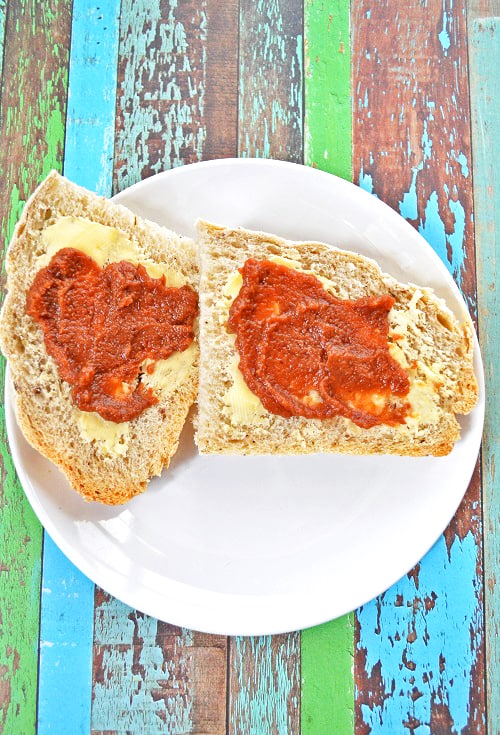 How to Bake Homemade Bread in a Slow Cooker

A few notes worth mentioning on this method:

Alright then – here’s the how-to! 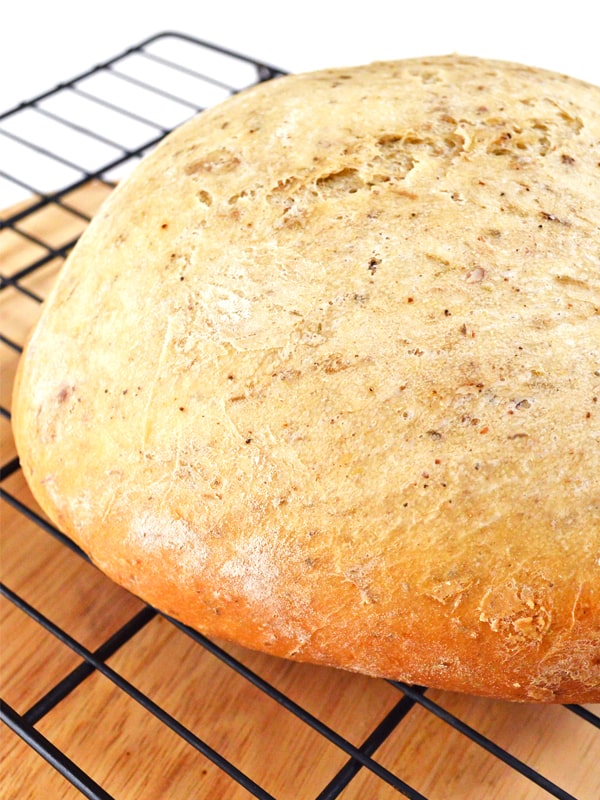 Pros to Homemade Bread in a Slow Cooker

Cons to Homemade Bread in a Slow Cooker

Lesson Learned: Just because you don’t have an oven (or don’t want to heat up your house because it’s the middle of July and a blazing 500F outside) doesn’t mean you can’t bake bread in a slow cooker!

Here are a few of our favorite recipes to get you started:

Have you baked bread before in a slow cooker? Tell me about your experience!! 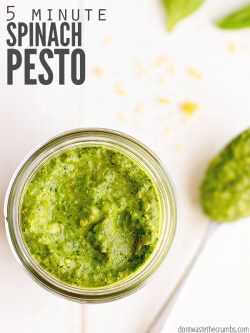 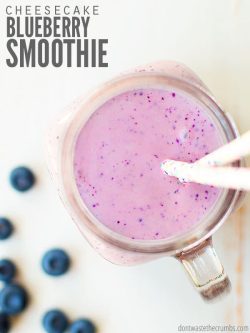 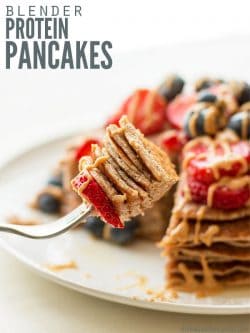 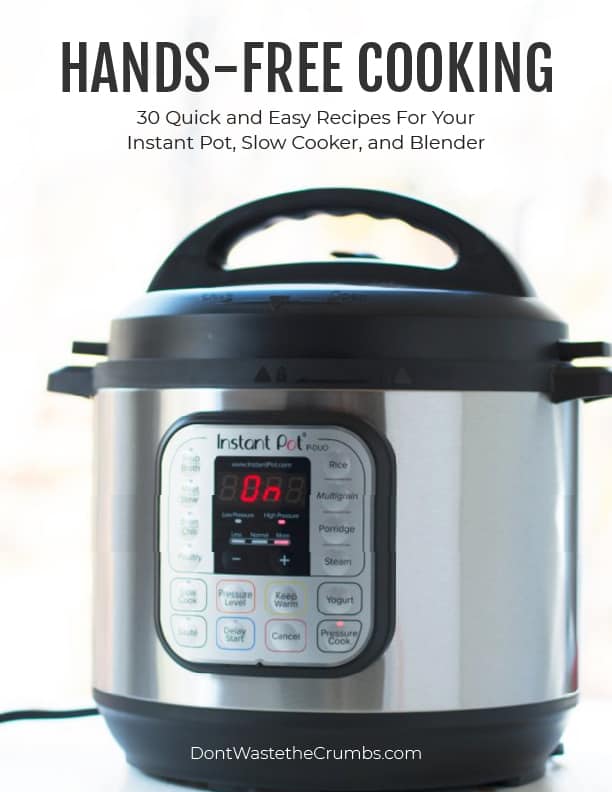