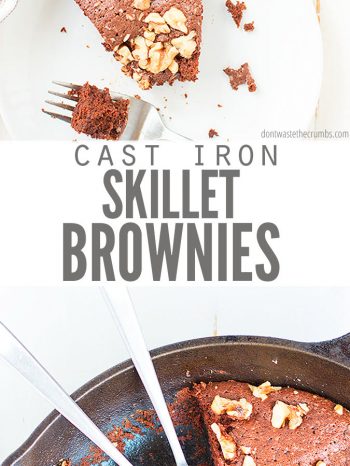 This easy recipe for Cast Iron Skillet Brownies is so chocolaty, delicious, and versatile! Cook it on the stove, in the oven, or over an open flame! Makes for the perfect dessert any time of the year! Serve with a dollop of homemade whipped cream or my homemade vanilla bean ice cream!

Lately, I’ve been thinking of different ways to use my cast iron skillet.

You know, the cast iron skillet that every-so-often sits in the cabinet collecting dust…

The one that you bought because you learned that it’s a healthy way to cook, but never quite got to using it because you had no idea how to ‘season’ it?

Yep, that was me too! (By the way, here’s how I learned to season a skillet the right way!)

BUT let me tell you about another recipe that is so rich, chocolatey, and SUPER easy to make…

Did you know that you can make brownies in a skillet?

My family absolutely loved it and now they ask me to make it for special occasions, especially in the summer or for camping! But of course, this recipe is great for any time of the year!

This is the most perfect quick and easy dessert for chocolate lovers. It’s also…

Once you make the dry homemade brownie mix, all you need are a few basic additional ingredients…

Remember that you can pre-mix the dry ingredients and store in a glass jar for up to six months! Label the jar with the wet ingredients so you can remember what you need at a glance!

With so many ways to prepare this easy dessert, you’ll be able to make it at home or away…any time of the year!

Note** When you cook over a stove, grill or open fire, the top of the brownie will have tiny holes rather than the typical smooth surface from a brownie baked in the oven. This makes it hard to judge doneness by looks, so follow the timing and use a knife to test.

Should I preheat the cast iron skillet for brownies?

Yes. Whether you are baking, grilling, using the stovetop or a campfire, the skillet will heat more evenly if it is preheated.

You want it to be warm, not hot. A drop of water should barely sizzle when added to the pan. If it sizzles violently, the pan is too hot.

Remove it from the heat/oven and allow it to cool slightly. Be careful when handling the skillet as it will be hot!

How do I cool skillet brownies?

The brownie will continue to cook in the cast iron skillet so be sure to remove it from heat and place on a ventilated spot so air can circulate underneath and cool. Do this as soon as the knife is mostly clean so that you don’t over-cook the brownie!

Once cooled enough to touch, yet still warm, serve these decadent brownies in wedges and top with your favorite crunchy toppings such as chopped nuts, chocolate chips, or a dollop of homemade whipped cream or my homemade vanilla bean ice cream! 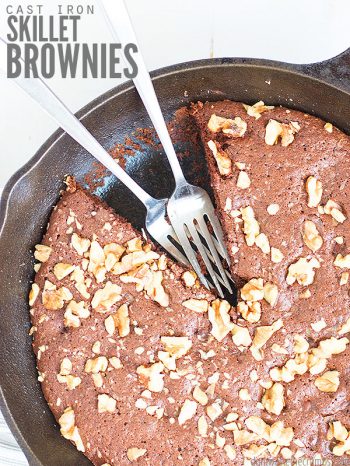 Be sure that you also have: 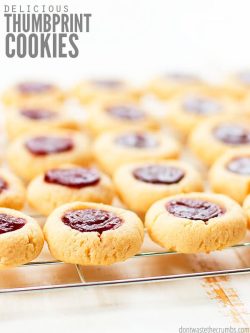 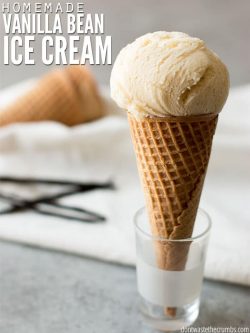 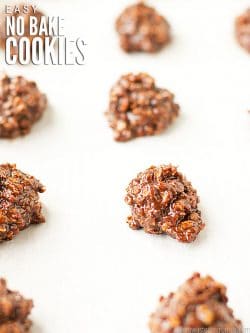 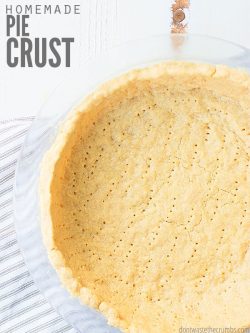