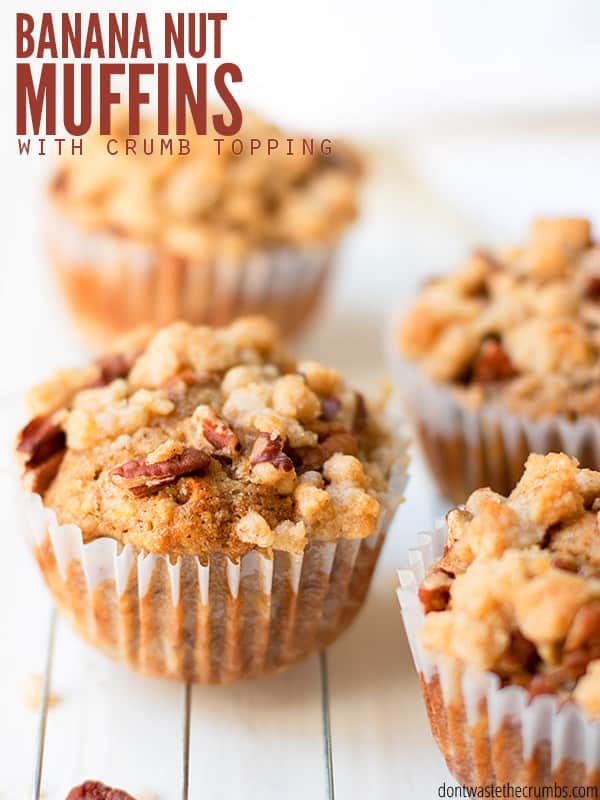 One of the very first muffin recipes I ever attempted to make “healthy” was my banana chocolate chip muffins, and the only reason those were better than a typical muffin was because they had coconut oil and oat flour.

Although of all the chocolate pretty much negated any “healthy” points I may have earned.

My family still loves those muffins, but when I had a bunch of bananas going brown a bit quicker than I thought they would, I wanted to make something that tasted more… sophisticated. Just a smidgen more grown-up maybe?

Something that reminded me more of fall and less of chocolate and truly were healthier than a typical muffin. How about banana nut muffins with crumb topping?

I should clarify that I have nothing against chocolate whatsoever. I’ll happily indulge in a chocolate zucchini mug cake, black bean brownies or a bowl of 5 minute chocolate hummus any day of the week. Put a batch of strawberry chocolate granola on the counter and I assure you, I’ll eat the whole thing, grabbing one handful at a time when I pass by the kitchen.

But sometimes it’s nice to not have chocolate too.

Or should I say, sometimes it’s nice not to be tempted to eat a whole pan of something when you’re already indulging and bulging a little more than you should be thanks to everything pumpkin season. 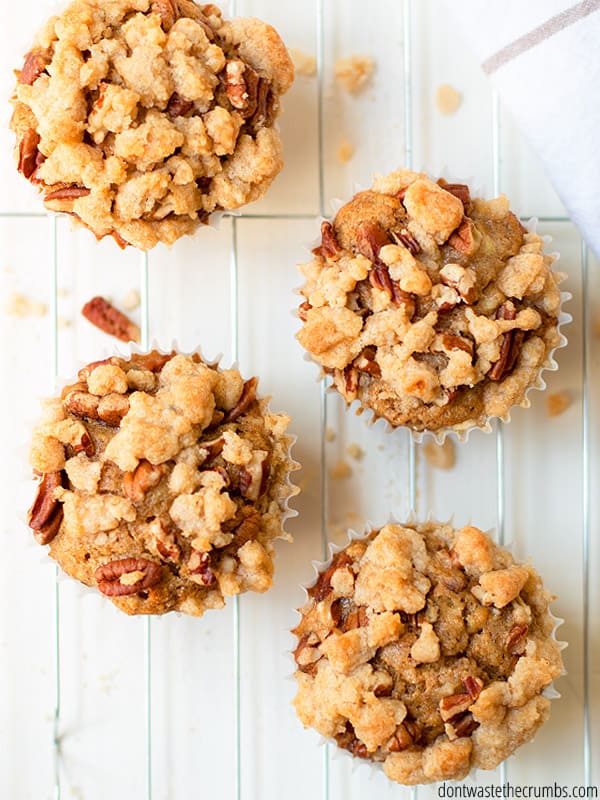 In my effort to make a grown-up banana nut muffin that still tasted like a YUMMY banana nut muffin, I started with a great basic recipe and made some changes, mostly following the rule of halves:

Afraid I halved the flavor too? Oh no my friends, because there are two magical words still left to discuss: crumb topping. 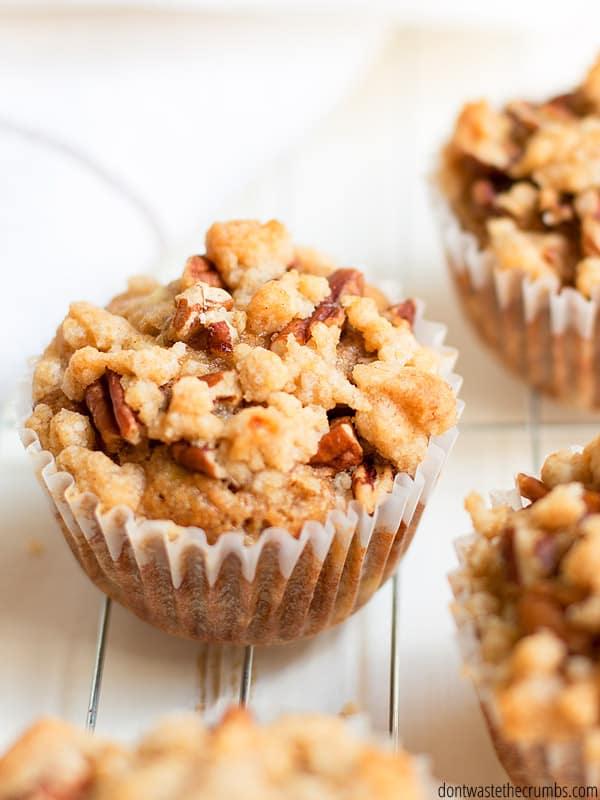 When you were a kid, did you ever pick the crumb topping off of a coffee cake? Guilty as charged here and I won’t even pretend I didn’t do it. I got no shame – crumb topping is the best!

The reason why crumb topping rocks so much is because it’s the trifecta of baking: flour + butter + sugar. Everything taste better with flour, butter and sugar!

In the case of our banana nut muffins, you simply combine them in a bowl, crumble them on top of the nuts and muffin batter and let the oven do its magic.

You have nuts (hopefully pecans) that are slightly warm, slightly toasted and slightly crunchy that are a spot on match for the muffin underneath them.

And then you have the crumb topping, tying all of the above into a neat little package ready for you to consume. 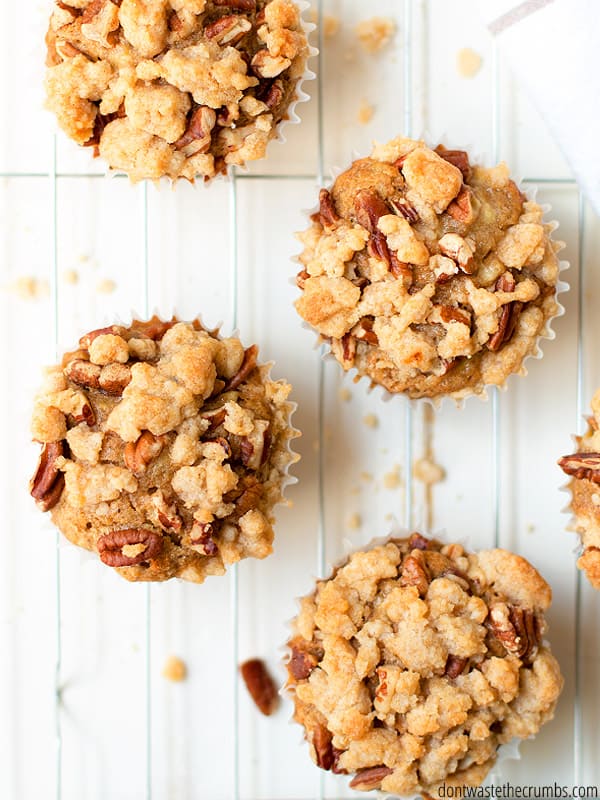 Yes, I think the goal is achieved here. Banana nut muffins that are grown-up and sophisticated and lighter on the waistline yet still packed with flavor. Proven by the fact that both kids AND husband alike went back for seconds at breakfast and then ate the rest for a mid-morning snack.

I use a muffin scoop and these silicone muffin liners because efficiency and quick clean up is a must for this busy mom. (And I’m sure you can relate!)

This recipe works great doubled or even tripled to make extras for the freezer. You can even freeze the batter before you bake if you prefer. Batch cooking and freezer cooking are my best friends in the kitchen. Learn more about my methods to make Real Food Fast with this free 5 day course!

How do you like your banana muffins – sweet or savory?