Sweet corn is hitting store shelves across the country, and I’m seeing recipes all over Pinterest for different ways to grill it… chili & lime, chipotle & lime, with sweet honey butter and even wrapped with bacon.  All this sweet corn yumminess has left wondering though… Does it save me money to buy fresh?  Or am I better off buying frozen?

And then my brain REALLY started thinking…

Does fresh corn need to be organic?

Does anyone even sell fresh organic corn?

Why are GMO seed companies sucking all the fun out of the goodness that comes from fresh sweet corn?!

Ok, so that last question is a bit more of a soap box than something to seriously consider when buying corn, but still, the answer isn’t as cut and dry as one would hope.  When you take into consideration organic vs. conventional vs. local vs. the likelihood of your corn being GMO… well, it just might make your head spin.

So let’s first approach this with baby steps and consider each issue logically.  Then we’ll talk numbers.

“Unraveling GMO’s“ was a HUGE help in learning about GMO’s, including the ways foods are created to be GMO, the specific foods grown using GMO seeds and which are approved by the government to be sold on store shelves.  According to one statistic in the book, as of 2011, 88% of the corn crop in the United States was GMO.  That means if you lined up 10 ears of corn, there would only be one that wasn’t genetically modified in some way.

Surely they’re not talking about the sweet corn we eat… are they?

Unfortunately, they are.  Monsanto announced in 2011 that they were introducing a breed of corn that would resist their own Roundup herbicide and be able to produce its own insecticide.  It was estimated that by 2012, 40% of the sweet corn on store shelves would be GMO.  (source)

Then in 2013, advocate group Friends of the Earth, took it upon themselves to actually test the sweet corn on supermarket shelves and see how much of it really was GMO.  They bought 71 samples of fresh, frozen and canned sweet corn from all over the country.  Out of all those samples, only two came back as positive.  Just two! (source)

This means that for now, the chances of the sweet corn on U.S. store shelves being GMO is pretty low.  However, we’re not in the clear yet.

The Canadian Biotechnology Action Network did a similar study as the Friends of the Earth group, only they tested fresh, sweet corn grown in Canada.  Out of the 43 samples they tested, 15 came back positive.  For the math-challenged, that’s roughly 35%. (source)

Those in Canada should definitely be concerned that GMO corn is so prevalent in stores, but the rest of us don’t get off that easy.  The odds of a frozen food being imported is high, so non-Canadian countries have the same chances as Canadians when it comes to finding GMO corn in their frozen foods isle.  All you have to do is flip over the package to know just how high those chances are.

Should We Buy Organic Corn?

Sweet corn is listed at the very top of the Clean Fifteen, so there’s a really small chance of corn containing residual pesticides once it’s harvested.  With the chances being so low, I think your funds are better invested in produce that has a much higher risk of pesticides, and going the conventional route with corn… that is, assuming your corn is non-GMO.

How to Avoid GMO Corn

Despite the dismal statistics, there is great news on the ability to fight against GMO corn.  On behalf of the customer, many stores are standing up to Monsanto and their GMO agenda by committing to sourcing their sweet corn from only non-GMO certified sources.  So far, Whole Foods, Trader Joe’s and General Mills (the manufacturer) have all vowed to not carry or use the GE sweet corn.  (source)

On the flip side, one of the biggest retailers in the country is NOT taking a stand against GMO’s.  As of August 2012, Walmart planned to carry the GMO food on their shelves without labeling it as such. (source)

Buying local is an excellent way to avoid GMO’s, but it’s still important that you talk to the farmer and ask them about their seeds and whether or not they’re GMO.  Sometimes they unknowingly use GMO seed, but your chances of avoiding GMO corn are higher when it’s grown by someone who cares for their crop and feeds it to their own family too.

If you aren’t able to talk to a farmer, try using a search engine to get results.

If all else fails, buy organic since certification standards prohibit GMO’s.

Now, for the issue at hand…

Here are the basic measurements:

When I’m buying fresh corn, my price is no higher than 50¢ per ear, which equates to 50¢ per cup.

The Bottom Line:  If you have access to non-GMO corn, stock up when it’s available for 33¢ per ear or less.

If you’re looking for the best way to preserve that fresh corn so you have access to it year round, check out these simple methods by Fresh Bites Daily.

Do you buy conventional or organic corn?  What’s your favorite way to enjoy it when it’s fresh?

Disclaimer:  This post contains affiliate links. By making a purchase through those links, I will earn commission that helps to keep the lights on in the Crumbs house – with no additional cost to you. Thank you for supporting Crumbs in this way. Read my full disclosure statement here. 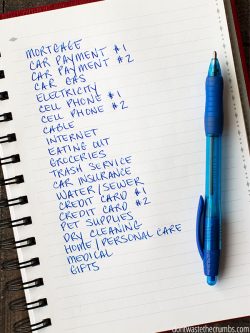 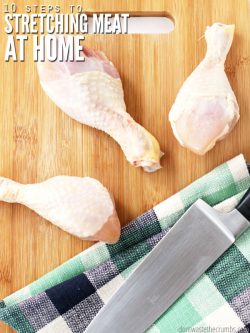 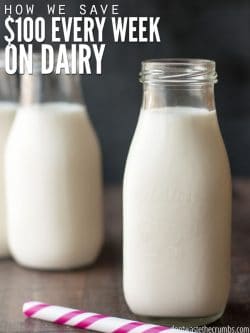 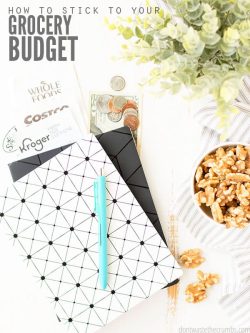