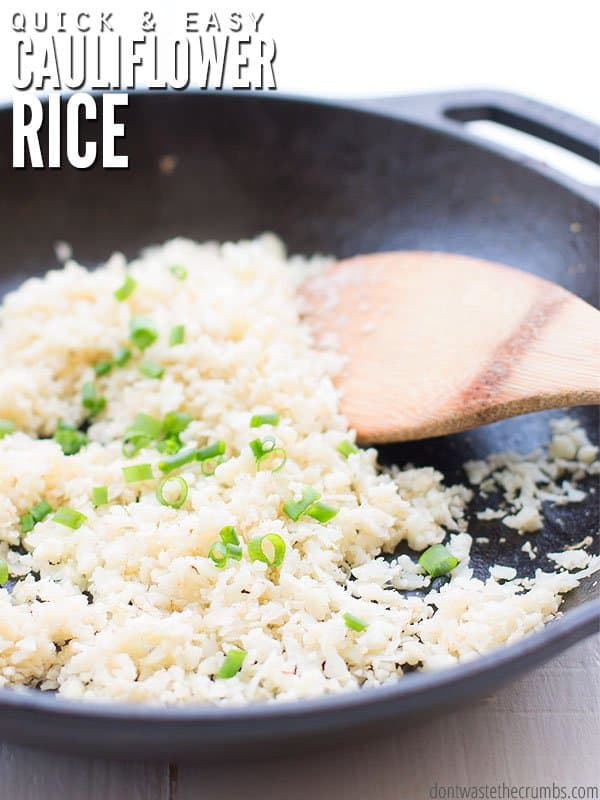 Have you heard of cauliflower rice?

It was all the rage not too long ago and seems to be the saving grace for those who can’t have grains for one reason or another (like us, while on the Whole30).

I learned how to make it early on in this elimination diet, but before I show you the best way to make cauliflower rice (and the worst way), let me bust a few myths out there on this dish.

First, it doesn’t taste like rice. Let’s just get that out of the way.

Second, it doesn’t absorb liquid like rice does. If you’re looking for something to sop up the juices from your Whole30-compliant Instant Pot beef and broccoli, this won’t do it.

If you’re looking for a side dish that has a similar texture as rice, and something that compliments the flavors of your favorite Asian dishes, then look no further.

When you can’t have rice, cauliflower rice is going to be the next best thing. And given the fact that we’ve been eating a la Whole30 well past the 30 day mark, I’ve had plenty of opportunities to make cauliflower rice.

With everything I’ve learned, here’s what works, and what doesn’t. 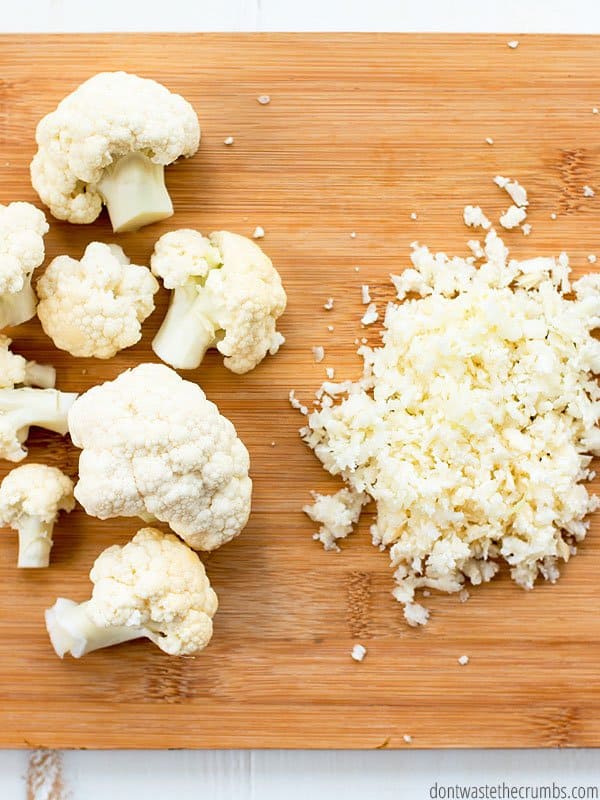 How to Make Cauliflower Rice

Most tutorials showing you how to make cauliflower rice will tell you to process the cauliflower in a batches in a food processor until the pieces resemble small piece of rice.

Well, that’s great and all… unless you don’t have a food processor.

Which I don’t. So this method kind of left me up a creek without a paddle.

Using a Knife and Cutting Board

Doing what I normally do when I work without a food processor, I pulled out my knife and a big cutting board and just started chopping the cauliflower rice until it was in teeny tiny pieces.

This wasn’t hard, but it was very time consuming and tedious. Two weeks into the Whole30, when I started feeling like I was LIVING in the kitchen, I delegated all cauliflower chopping to my husband.

This was easier on me, but it didn’t yield the results I was hoping for. Pieces were big and when I cooked them, it just felt like we were eating cauliflower.

I don’t blame my husband though, because the same thing happened when I was chopping. It’s just awkward to get the pieces to be small enough. Crumbles went all over the counter and I swear I cleaned up more stray pieces from the floor than actually made it into the pan.

I figured if *I* was having a hard time keeping up with the cauliflower, so would you. So I found a better way. 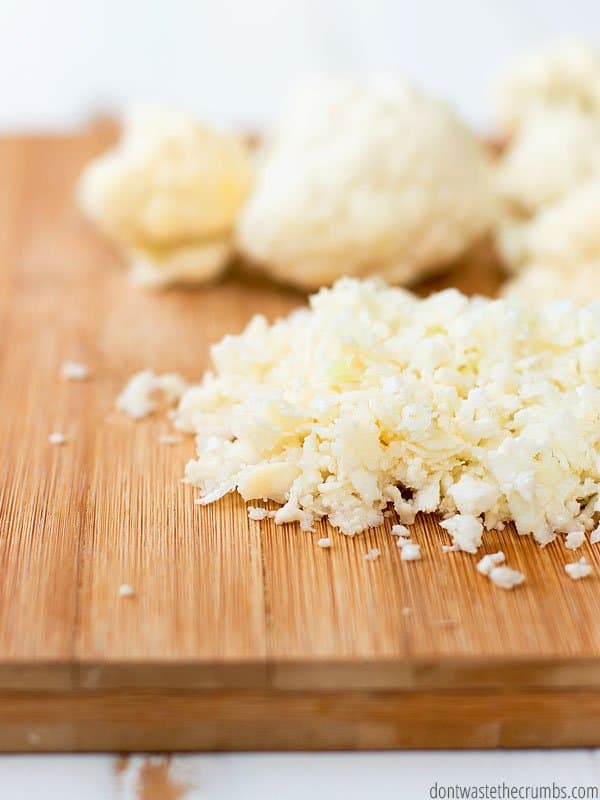 Since we can’t have cheese on the Whole30, our cheese grater was sitting lonesome in a drawer collecting dust. I took a chance, pulled it out and started grating the cauliflower. (I have this box grater.)

The clouds parted and the skies opened up. Not only was grating the cauliflower CRAZY EASY, but it was so much quicker than any other method.

Plus the cauliflower pieces truly got as small as pieces of rice AND it didn’t make nearly as much of a mess as the knife and cutting board method.

I also learned – via the box grater method – that cauliflower rice tastes SO MUCH BETTER if you only use the florets and not the stems. Grating the cauliflower was the easiest way to make this happen.

Here’s how to make cauliflower rice: 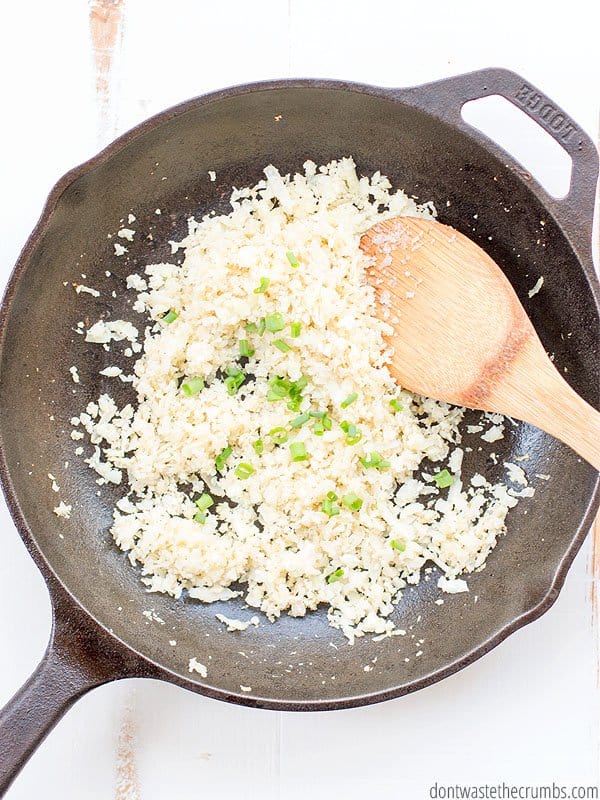 Once I figured out how to make cauliflower rice with a box grater, my next goal was to find a way to cook it where it didn’t just taste like cooked cauliflower.

How to Cook Cauliflower Rice

This was the worst idea ever, but in my attempt to follow a recipe I made cauliflower rice in the oven. It burned on the edges and tasted raw in the middle.

This was so awful, that I didn’t even bother trying this again. Trust me on this, don’t use the oven.

When you’re on the Whole30, you tend to eat a lot of food. That means doubling recipes becomes the new normal just so you have enough leftover for breakfast the next day.

Whether you use a big pot or a typical saucepan, you can make cauliflower rice on the stove. The idea is to add some cooking fat and stir now and then until the cauliflower is no longer raw.

This cooking method is fine if you want steamed cauliflower rice, which is essentially what you get.

It doesn’t taste bad, but it’s not my favorite. It gets kind of mushy and doesn’t hold up well to dishes with sauce.

I started looking up how to make CRISPY cauliflower rice and I struck gold. The key here is to use a shallow, wide pan with very hot oil, and stir constantly. (My large cast iron pan worked great!)

It kind of sounds like deep frying cauliflower, but I promise you’re not. It’s more akin to the idea of cooking in a wok. High heat where the food doesn’t have a chance to sit in one spot for very long. This means the food cooks without burning, and it cooks rather quickly because of the high heat.

There’s another trick too, to making crispy cauliflower rice – getting rid of the excess moisture in the cauliflower.

Once you’re riced all the cauliflower, put it on a couple of paper towels or a kitchen towel and press down to absorb as much moisture as you can.

In a typical dinner situation, I’d rice the cauliflower first, absorb the moisture and let it sit out on the paper towels while I prepped and cooked almost everything else. Then I’d blot it again and cook it up at the very end since it cooks fast. 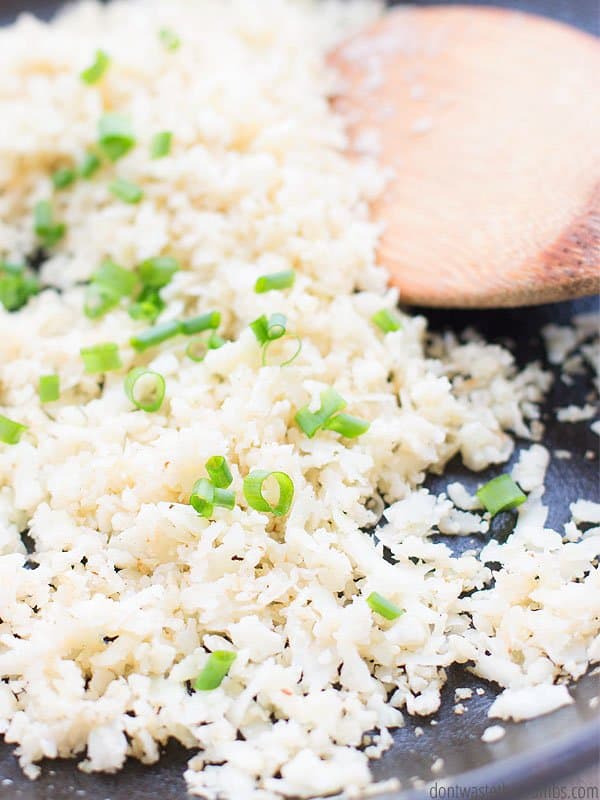 When you use a box grater and cook in a hot pan, you get crispy cauliflower rice that is truly worthy of being a side dish. It won’t be just like rice, but it will be close, and it will be delicious!

Cauliflower rice is excellent for adding veggies to your plate while mixing up the textures.

Use cauliflower rice as a grain-free side for 30-minute cashew chicken, Kung Pao chicken with vegetables, Instant Pot beef and broccoli, Chinese 5 spice chicken, or skip the Asian flavors and add some taco toppings on top!

This recipe is featured in my FREE Budget-Friendly Whole30 Meal Plan!

How to Make Cauliflower Rice

If you want to know how to make cauliflower rice with OR without a food processor – so you don’t have to figure out where to buy it – here’s how. Paleo, keto, and Whole30 approved.

Have you ever made cauliflower rice before? Do you have any tips or tricks to share with the rest of us? I’d love to hear what worked for you – please leave your ideas in the comments! 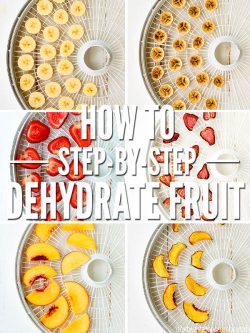 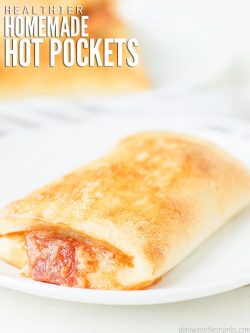 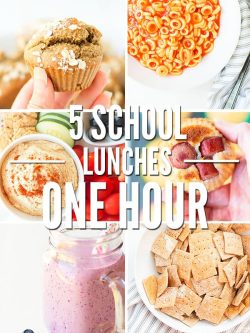 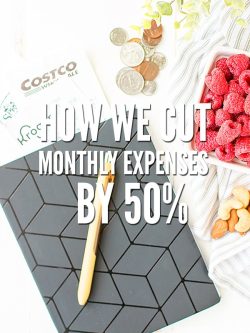