Navigation
You are here: Don't Waste The Crumbs » Recipes » Desserts » Blueberry (or Blackberry, Raspberry,or All of the Above!) Pie 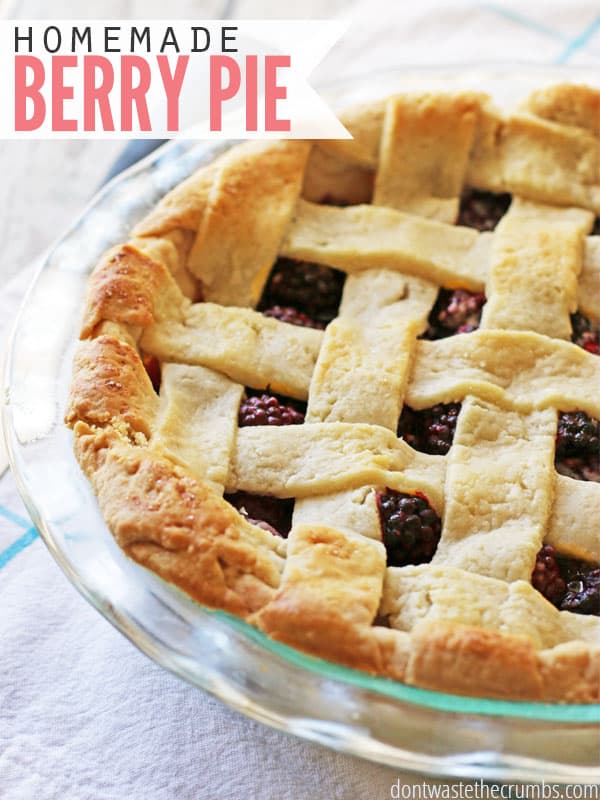 But there’s one pie that we don’t make:  apple pie.

Turns out Mr. Crumbs isn’t a fan of cooked apples… hence the reason we’re having chocolate pie instead of apple on Thursday.

That doesn’t mean the rest of us suffer though – a half batch of slab apple pie (think traditional apple pie, but in a 8×8 glass pan and cut into bars instead) satisfies the sweet tooth for the rest of us just fine.

While thumbing through a cookbook for this month’s menu’s, Mr. Crumbs caught a glimpse of blueberry pie.

For DAYS he asked for blueberry pie.  Um, hello?  It’s NOVEMBER!  Blueberry season ended a looong time ago… There was no way I was spending $25 on blueberries.  The pie would have to wait.

And so it did. 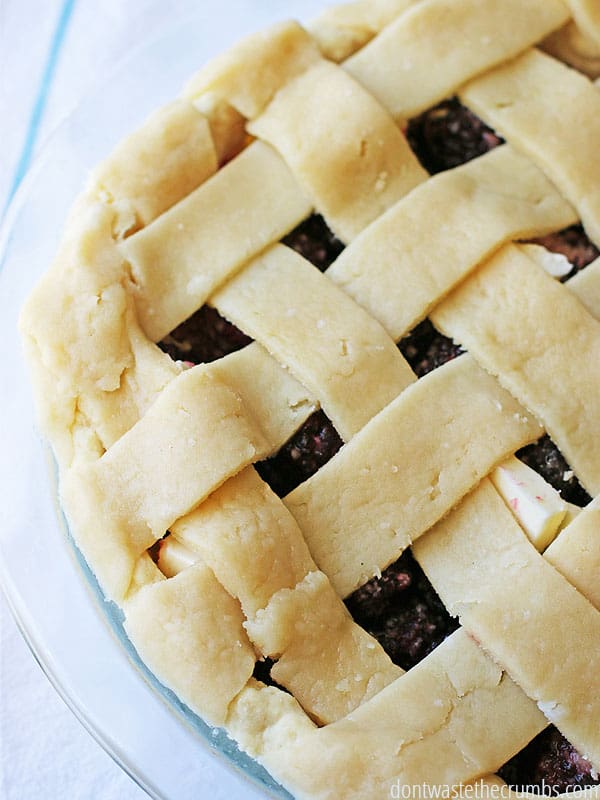 For a whopping 24 hours.

As it turns out, you don’t need fresh berries to make pie – frozen work just as well!  Silly Mommy, as the kids would say.

And Mr. Crumbs lucked out.  There just so happened to be a bag of frozen berries in my freezer without a destination dish.  (They were leftover over from early in the summer when I wasn’t able to find frozen strawberries and had to pick them out of a bag of mixed berries!)

A couple hours later and we ate one of the best berry pies I’ve ever had.  Mr. Crumbs moaned as he devoured his extra large slice. 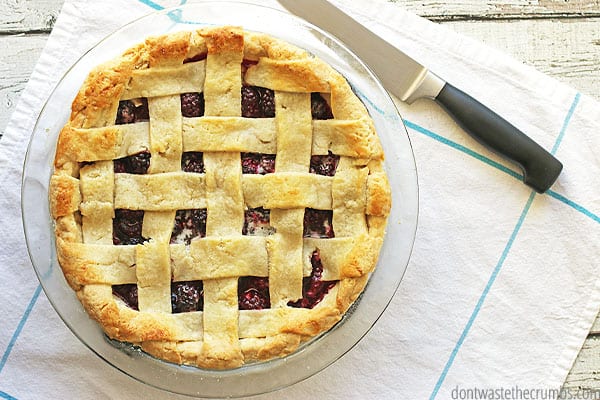 Wanting a fruit pie this Thanksgiving?  Look no further.  Set the apples aside and prepare an unexpected berry pie instead! 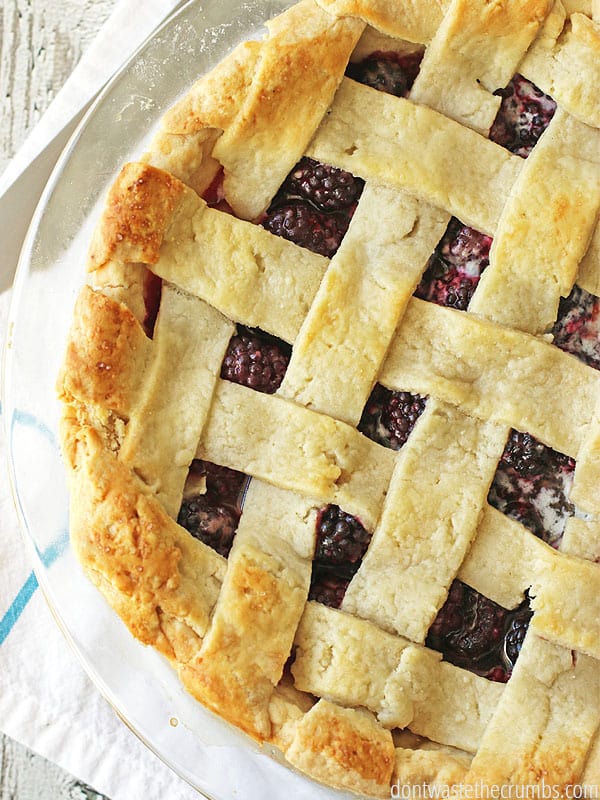