You are here: Don't Waste The Crumbs » Grocery Budgeting » Beyond Groceries » Viewing Your Life in Terms of Boxes 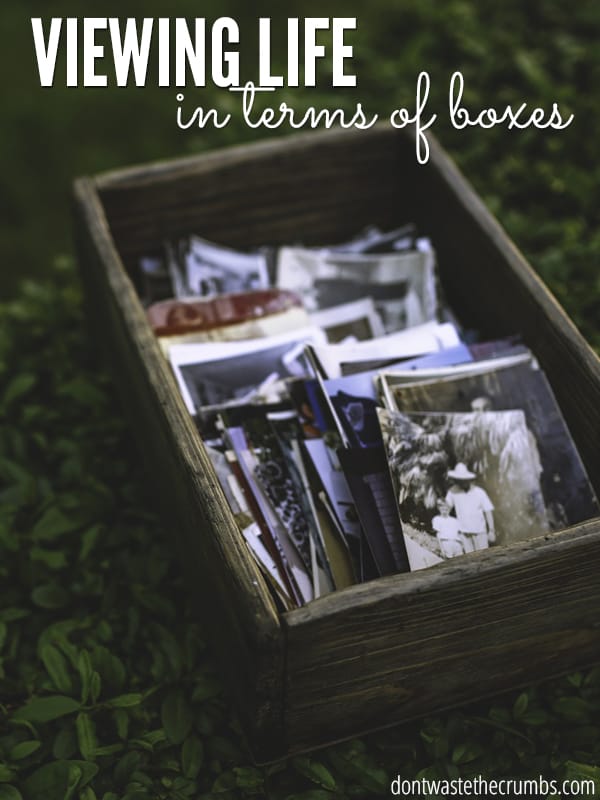 Everything You Need to Know About
1. SATURDAY
2. MONDAY
3. TUESDAY
4. WEDNESDAY
5. THURSDAY

I don’t think it’s possible to really comprehend what you own until you view it in terms of boxes.

We had 27.
Plus 4 big storage bins, 2 smaller bins and one bin that rolls under the bed.

But even then, there’s all the other stuff that doesn’t fit into a box. Like mattresses, bunk beds and floor lamps.

And as life typically goes, you get all the glasses packed – nice and tight so they don’t break, and in one box so you know where to find them – when you see your husband walking around drinking water. Out of a glass.

After two days of packing box after box (and that drinking glass issue), I was done.

But that’s how moving goes I guess.

I want to tell you about the day the moving tuck came… and the days leading up to it. Aside from all the packing related stuff. 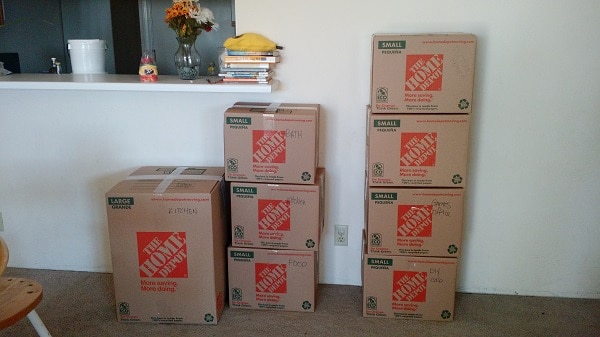 Mr. Crumbs booked a container (like a pod, but not that company in particular), and in order to make sure all of our stuff would fit, he marked off a square on the garage floor with chalk.

Then as we disassembled, packed and unearthed all sorts of random stuff from closets… like a shower curtain that we’ve NEVER used in California… we arranged them like puzzle pieces in the garage in order to best maximize the small space we had.

Obviously, we thought we knew what we were doing.

“Bunk beds first,” Mr. Crumbs told me. “They’ll go up against the far back wall, and they’ll stand up so that we don’t waste that space.” The mattresses were next, then the normal-shaped furniture, then the washer and dryer, then odd-shaped furniture and finally all the boxes. 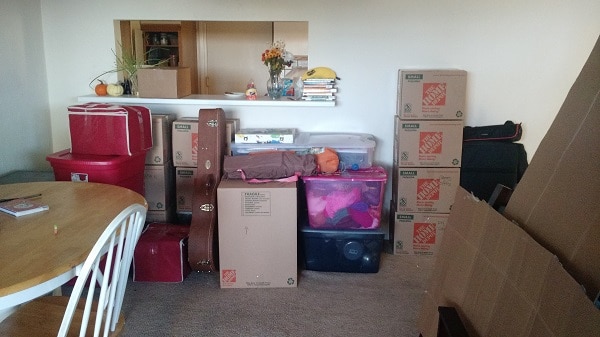 And then the moving truck came.

The moving man came out, introduced himself and asked if he could evaluate what we had to pack.

We said yes, and offered our “bunk beds first” idea.

“Nope. Washer and dryer go first” he said in reply.

“Are you sure?” we retorted, slightly aghast at him suggesting we were wrong, and slightly confused since that idea had NEVER crossed our minds. After all, we had been hemming and hawing over the best to pack the boxes for DAYS.

“Yep. Washer and dryer first. Do you need a dolly?”

The moving man and my husband proceeded to load up the washer and dryer with ease. He then loaded up a dresser, fitting it PERFECTLY between the two appliances with literally an inch to spare. The moving man then stacked small boxes on top and in less than 5 minutes, the first section of the pod was perfectly stacked to the ceiling without a single inch of wasted space.

Clearly, this man knew what he was doing and WE were the ones who were clueless! 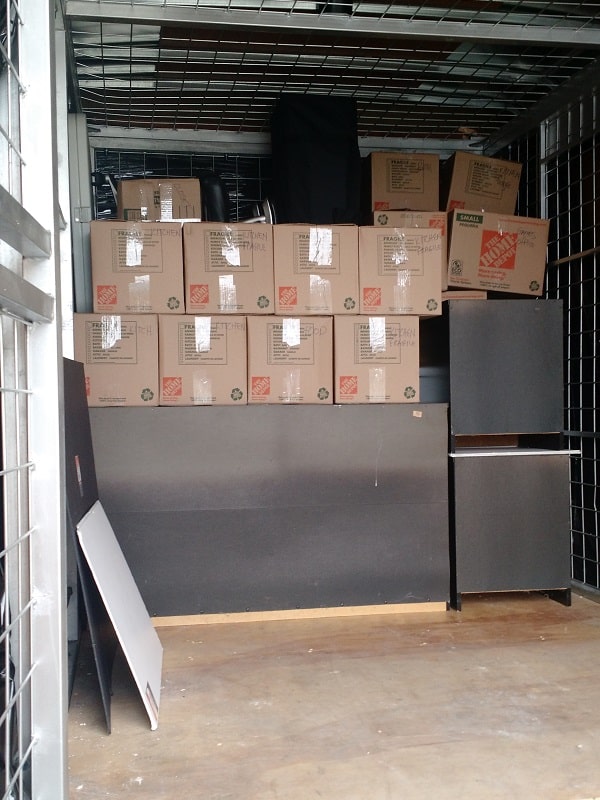 I moved things from various rooms into the garage while the boys loaded the truck. The kids watched and waved from an upstairs window and less than an hour after we started, we were done.

I poured the moving man a cup of coffee in another mug that didn’t get packed (for the same reason that other glass didn’t) and offered him a donut from the dozen I picked up earlier in the morning.

Because moving day = coffee and donuts.

Unless you’re a kid who asked for breakfast before mom decided to get donuts. Then you ate apple cinnamon oatmeal in solo cups.

When it was all said and done, we stood back and saw our lives packed up neatly into a 10′ x 7′ x 7′ box. The moving man wished us save travels. We thanked him for his help. Then he left with the mug of coffee and our stuff. 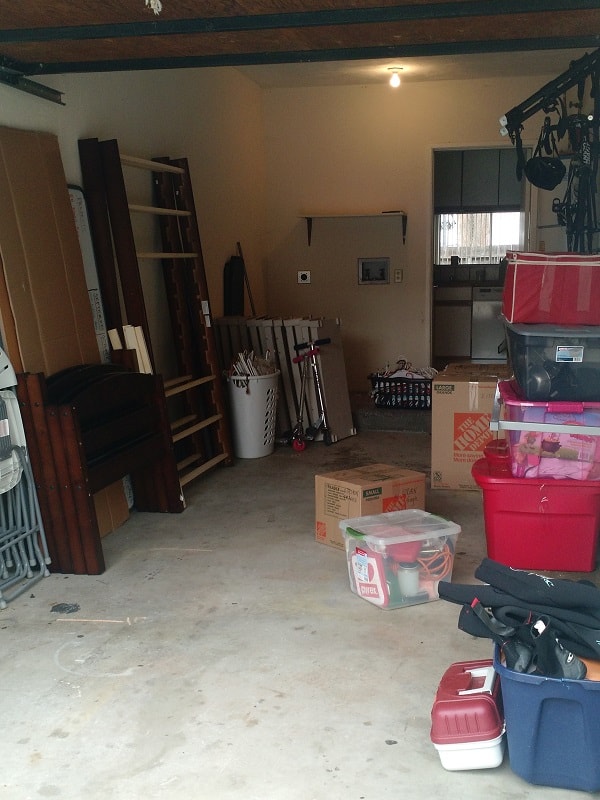 Since the moving man left, we’ve been making due without many of life’s “necessities.” No sofa. No TV. No beds. No coffeepot.

But as with any trial or season, it’s all about the frame of mind.

The excess of downtime means ample time for last-minute grocery shopping, afternoon chats with good friends, wrapping up loose ends with utility bills and figuring out how to make homemade tortillas without a pan to cook them in (hint: I bought them instead).

Mr. Crumbs made it through 3 states during his first leg of his trip, watched the moon rise over the red earth ahead in Arizona and ultimately found rest and good coffee in Gallup, NM.

He also advised me not to get gas in Needles, CA when I make the trip. Needles is the first town past the Mojave. If you go just a few more miles down the road, it’s $1 cheaper per gallon. 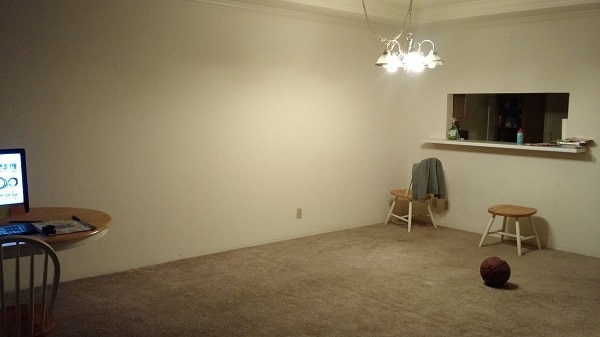 Mr. Crumbs wrapped up his second leg of his trip in Missouri, where he’s spending two days to rest, laugh, and eat lots of pie with one of his very best (and very talented) friends.

I made Cranberry Vanilla Scones (an adaptation of this recipe) without a cookie sheet, two pumpkin pies without a bowl and pizza dough without a mixer.

Cooking dinner is an adventure for sure and I’m learning the art of improvising. A mason jar with a lid works great when you don’t have a whisk and as it turns out, using my fingers instead of a pastry cutter all these years has worked to my advantage.

The kids fill their time with games of tag, drawing, reading and helping me in the kitchen. They’ve re-arranged the kitchen chairs numerous times in order to create obstacle courses in the living room and chase each other around, seeing who gets who first.

They think sleeping in their sleeping bags on the floor is one of the coolest things they’ve ever done. When the house is a bit too quiet, I find them curled up inside their “mouse hole” (the closet). My son draws dragons and my daughter is glued to a book. 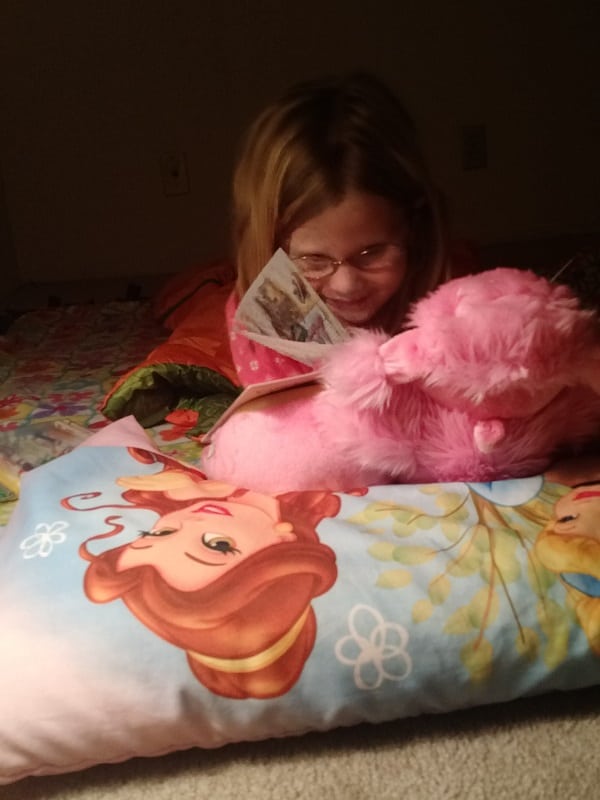 I didn’t see it until hindsight, but moving to California was part of God’s perfectly orchestrated plan. I know His mighty and sovereign hand is at work again, and I’m not having to wait nearly as long to see it this time around.

This company generously gave us twice as long before my husband would be required to start. While this meant that Mr. Crumbs and I would spend Thanksgiving apart – our first in 9 years – it allowed for something perhaps a bit greater right now.

This is the first big holiday we’re celebrating without my step-mom, my dad’s wife. It’s been eight months since she passed, but the wound is still fresh. In God’s timing, the kids and I were able to stay behind to spend the day with my dad. Because I know in my heart that Thanksgiving without “the kids” too would have just been too much. 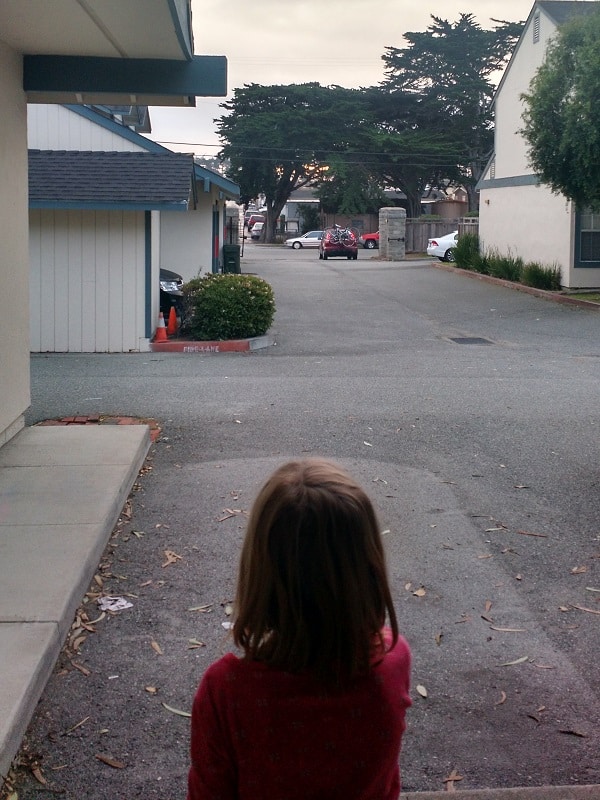 That’s just one of the many, many small ways we know this is the right thing to do.

It’s like I said before – difficult, yes. But right. And we’re taking it one day at a time.

The kids start their last week of school on Monday. I have a feeling I’ll complain a little less about traffic and enjoy the view a little more as I drive along the coast to pick them up.

The electricity, internet and garbage have been scheduled for turn off. I’ve gone through my wallet and planned ways to use the remaining balances on gift cards to local merchants… a haircut, Christmas shopping and a few road trip snacks are in my near future.

The Crumbs family began a new chapter in November 2015, and I’m sharing the story as it unfolds every Friday here on the blog.

Here are the rest of the posts in this chapter:

PS – Many of you knew we were making big decisions and you’ve emailed to express your thoughts and prayers – can I just say thank you?! I am seriously BLOWN AWAY by your outpouring of love and kindness. You have absolutely NO idea how much it means to us – thank you, thank you, thank you!!!!! Despite not being able to reply to them all, I read every single one of them, cherish the kind words and encouragement you are sharing, and I am sincerely thankful for every single one of you! 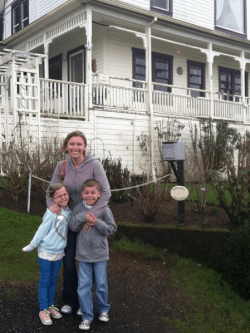