Last year Mr. Crumbs started a tradition where we wrote you – our amazing readers – a Christmas letter.

Twelve months ago I was neck deep in launching our meal plan membership. This year I’m treading water in a move across the country.

Nonetheless, I’m excited to carry on the tradition and share what’s been going on in our family this year on a more personal level. So let’s get to it!

Mr. Crumbs and I affectionately (and sometimes not so affectionately) call 2015 the year of transition. I don’t think there was a single month that didn’t include some sort of life changing event. Through it all though, we’ve learned to rely heavily on God. He is good – all the time – and has led us through these trials and joy with grace and mercy. 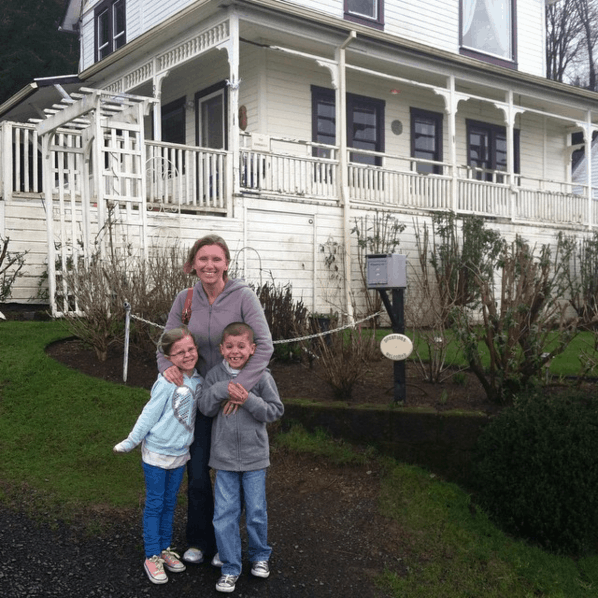 After launching Frugal Real Food Meal Plans in January, we took our first camping trip of the year to Astoria, Oregon. It’s home to he Goonies house and some pretty spectacular views of the Pacific Northwest coast.

It rained practically the whole trip before we detoured to drive through a blizzard and see these awesome people. The Boy was a bit too shy to milk the goats, but it was such a pleasure to meet a family that we love to support!

In the Spring we took our first international trip ever as a family, spending 2 1/2 weeks in Costa Rica. We saved for six years for this trip, and we had an amazing time. The trip almost didn’t happen thanks to my poor calculations of how long it takes to get a passport (note: don’t put it off!), but it DID happen and that’s what counts most.

Being immersed in the culture of a different country (foreign language + foreign currency + foreign food = quite the experience!) was a trip of a lifetime, and it’s one we hope to do again (and hopefully sooner than later!). 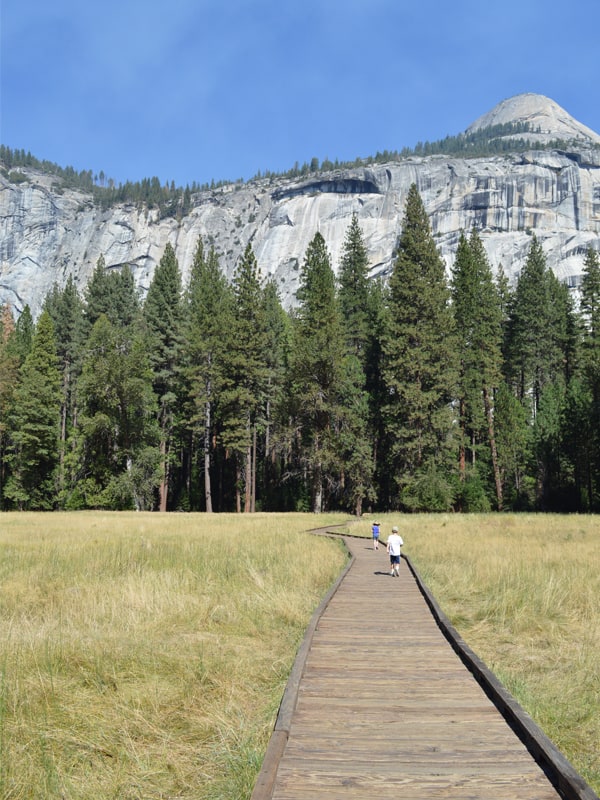 We took a last minute camping trip to Yosemite National Park in the fall and oh my goodness, if you haven’t been there, you need to add it to your bucket list ASAP. Words cannot describe the breathtaking views and majestic mountains. I could try to tell you about it, but it would just sound fake and rhetoric. So just go. Trust me.

Besides the views, I am SO thankful Mr. Crumbs made the suggestion, because just two weeks later we decided to move to Georgia! I’ve been documenting the entire moving process. Although it’s been a whirlwind (<– understatement), it’s the right thing to do. Joy in the trials allowed us to see family and friends that we hadn’t seen in 7 years – which I’d say is a pretty nice bonus! 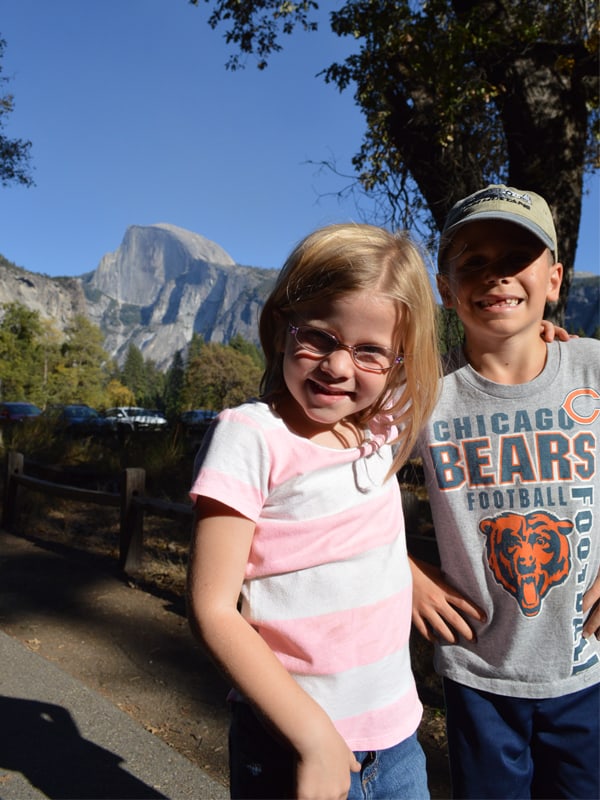 The Boy is 8 years old and has now lost 7 teeth – 2 of those in Costa Rica! The Tooth Fairy paid via colones for his teeth, in case you were wondering, but that fairy needs to learn to take from her own stash instead of the coins on the counter since – he just happened to count them before he went to bed!

He’s recently learned how to draw dragons, and I must admit his fire-breathing dragon with 50 tails is pretty impressive. He loves building LEGOs more than having dinner and is considering being a blogger when he grows up because it means not having to go to college. Being a basketball player is second choice, so long as he goes pro from high school (to avoid college).

The Girls is 6 years old and hasn’t lost any teeth, but I have no doubt she’s been trying to wiggle them at night so the Tooth Fairy visits her too. She has a very giving and inquisitive heart and is slightly infatuated with creamy things. This translates to covering herself head to toe in sunscreen at the mere mention of a pool. It’s “to help out mommy,” although she knows the pool is indoors.

Both kids adore the library and ask to help in the kitchen often. The Boy likes to measure things and be precise in recipes. The Girls will do whatever you say so long she can “taste test” along the way. I don’t care why they ask really, I just enjoy their company. 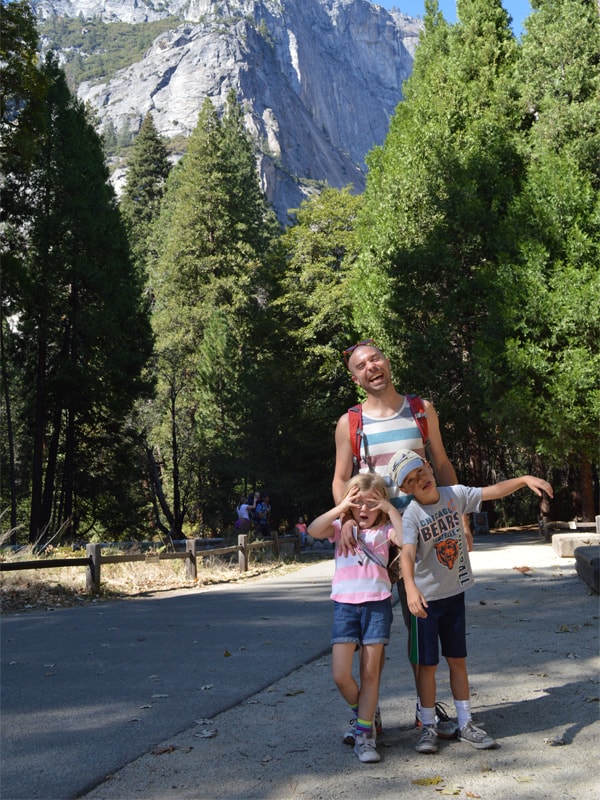 With God’s hand at the helm, Crumbs has grown beyond what we could have ever imagined and beyond our own two hands. We’ve added contributors to ensure you get amazing, practical content every week and team members to keep me on top of the myriad of tasks that come from running this blog full-time!

People we know often wonder what goes into running a blog, and why we spend so much time working on it. To be honest, we consider ourselves to be gifted by God and called to share those gifts with you. On a more personal level, your comments, emails and notes are what keep us in the game day to day. You make me cry, laugh, inspire me and challenge me to grow in ways I never thought imaginable. Nearly four years later and I’m still in awe when I meet someone face to face that says they read my blog!

And as a side financial note, your support through affiliate links or clicking on pesky sidebar ads is what really keeps this blog up and running. It’s so much more than “just a click,” and every little bit helps – thank you!

Our ultimate goal is to serve you, help you, encourage you and equip you. We’re SO excited to do that with a massive list of ideas and projects for 2016! More importantly though, we don’t want the true meaning of Christmas to be swept aside. The Charlie Brown Christmas Story sums up the meaning of Christmas best, with the Gospel of Luke 2:8-14:

In the same region there were some shepherds staying out in the fields and keeping watch over their flock by night. And an angel of the Lord suddenly stood before them, and the glory of the Lord shone around them; and they were terribly frightened. But the angel said to them, “Do not be afraid; for behold, I bring you good news of great joy which will be for all the people; for today in the city of David there has been born for you a Savior, who is Christ the Lord. This will be a sign for you: you will find a baby wrapped in cloths and lying in a manger.” And suddenly there appeared with the angel a multitude of the heavenly host praising God and saying,

“Glory to God in the highest,
And on earth peace among men with whom He is pleased.”

The Crumbs family would like to wish you a Merry Christmas. We pray that you will have a wonderful time with your family and friends! 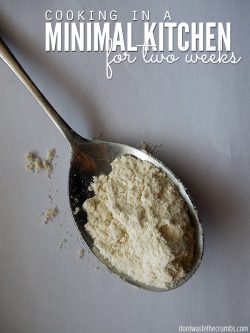