If you had 1.3 horsepower, bottled up inside a French food processor, staring at you from across the kitchen, what would you do?

Run away?  Scared to see what kind of user manual this powerful machine will try to confuse you with?

Wait for “the right time” because you’re not really sure what to do or how to go about it?  And you don’t have the time to clean up the kitchen from any accidental explosions before the husband gets home?

I did option #3 for about a week, until Mr. Crumbs asked me, “Are you going to do anything with that box?  Or are you keeping it for something?”  I told him, “It’s not just a box.  There’s a food processor in there.”  To which he exclaimed, “STILL?!  What are you waiting for?”

I will be the first to admit when it came to testing the Magimix 4200XL 14-cup food processor, I had no idea where to begin.  I had never owned a food processor before.  Yes there is a small food chopper in my kitchen, but you and I know darn well they aren’t the same thing.

What is the Magimix Food Processor Capable Of?

Ready or not, the experimenting began.  I took a fuyu persimmon, washed it and dried it and loaded it up according to the manual (which is REALLY easy to read, by the way).  Three seconds later, I was hooked.

That’s how long it took to slice an entire persimmon.  Just three seconds!

I was absolutely giddy as I loaded up the dehydrator with the persimmon slices.  Literally, my face was beaming!  Smiling ear to ear, I could not believe that the Magimix took three seconds to do something that would take me over three minutes.

It was like a new toy at Christmas and I wanted to do it again.  So I did!

My regular prep work for soup night was literally reduced to less than two minutes, and it was totally awesome! 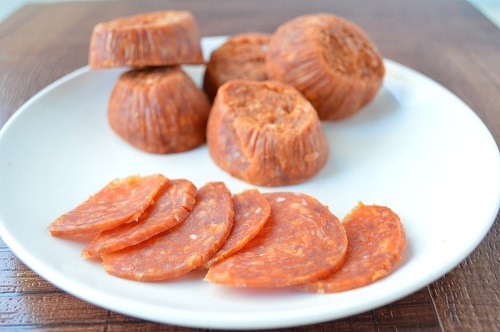 What Else Can the Magimix Do?

I’ve been buying random end and irregular pieces of pepperoni from a local discount grocery store for awhile, trying to save a little bit on our favorite homemade pizza topping.  But let me tell you something.  Trying to slice those weirdo pieces into neat little rounds is about as much fun as waiting in line at the DMV for three hours while trying to entertain two extremely curious and bored kids.  When I take a moment to consider whether or not I should suck it up and spend an extra $2 just so that I didn’t have to endure the agonizing defeat of mis-matched and deformed slices, I nearly caved.

And then last week, the light bulb went off.  I bet the Magimix could do it!

With the bowls and blades all set up, I hit “pulse” and watched magic happen before my eyes.

And yes, it was magic!  I know this because Mr. Crumbs stopped what he was doing, looked over and said, “Wow.”

“Pretty neat, eh?” was my response.

We loaded the machine up for round two, hit “auto” just for variety and two blinks of an eye later, it was done.  In our bowl was perfectly sliced pepperoni, sitting pretty and waiting for us to top our pizzas.

It was like I had died and gone to kitchen prep heaven.  Now I can’t WAIT to scour the discount grocery store for more pepperoni.  The next time I’m there, I’m buying two! 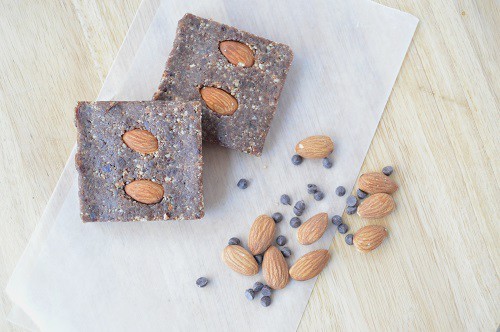 Since this giveaway is in celebration of “High Protein, No Powder,” and my book recommends a food processor to make the bars, it’s only fitting that I test the Magimix with a new protein bar recipe.

I pulled out the ingredients for the Double Chocolate Almond Bar and instead of following the directions I wrote in the book, I through everything in the Magimix.  Because if this machine can work wonders with pepperoni and has the capability to chop meat and fish, then surely it can handle a few nuts and dried fruit, right?

RIGHT!  I threw everything in there (quartering just two items, as a first-time precaution) and let it run for 2-3 minutes.  Sure enough, it all stuck together as it should have!  The Magimix cut the steps in half, kept my hands clean and created a bar that withstood the fall apart test.  All was indeed good in the Crumbs kitchen.

There’s Still So Much More to Test

Let me say that again.  There is still SO much more to test.  I know I’ve barely scratched the surface.  On my list of things to do: 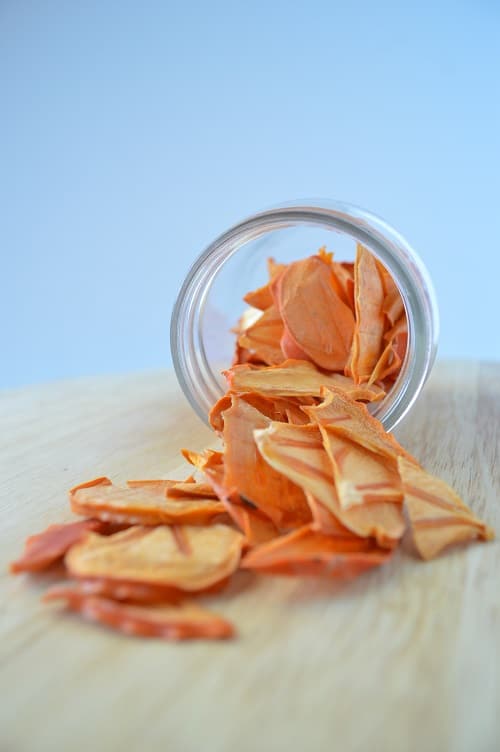 There are two reasons why I haven’t done all of these things and reported the findings to you.

A Few Things I Noticed During Experimentation

This wouldn’t be a true review if I didn’t share some of the random things I noticed during my experimentation, so here they are, in no particular order.

The machine is quite heavy and takes up a lot of room.

The base itself is much bigger than any other appliance I own, but at the same time, I understand that it needs to be.  It’s like complaining that your stand mixer is too big.  Duh, it won’t work the same if it were smaller.  And it’s not so heavy that I can’t pick it up.  It’s just not light.

I have it stored in three separate pieces.  The base and bowls (which nestle inside each other to save on room – BONUS) are kept on the same shelf in my pantry, sitting next to each other.  I did some cleaning and rearranging and was able to make room and so far, so good.

The third piece contains all the attachments.  It’s an enclosed case, which is good considering the blades and discs are EXTREMELY sharp.  I keep those on a bottom shelf, behind my stand mixer in a different cupboard.  It’s out of reach from the kids and since it’s low, I don’t risk toppling the case on top of my head when my 5′ frame pulls it down from a high shelf.

The bowls, blades and all attachments are SUPER easy to clean.

A quick wash with a sponge was all most items needed.  A few pieces of food got stuck in the discs, but I used a dish brush to poke them out and washed as normal.

There are a lot of pieces.

This is both good and bad.  It’s good in that you have A LOT of chopping, grinding, and grating options to choose from.  But it’s bad because I’m still having to refer to the owner’s manual on proper set-up and such.  It’s not the end of the world or anything, but you might need a few rounds of assemble and disassemble before getting the hang of it.  Or maybe you’re a food processor ninja and you can do it right the first time.  I’m certainly not a ninja.

I’ve been emailing Suki for several months now and she is an absolute pleasure to work with.  When I told her about the persimmons (I had to share my excitement), she wrote, “It’s an awesome machine, isn’t it!”  Even Magimix knows how great their product is and they stand behind it 100%.  The 20 year warranty on their motor should have clued me in.

If I had to sum up this machine in one word, it would be “Wow.”  I can’t believe I’ve been missing out on the amazing-ness of a food processor for so long!  No wonder all my foodie friends have one, lol!

Magimix is a proud sponsor of High Protein, No Powder – the only eBook written to educate consumers on the dangers of commercial protein bars and protein powders and teach readers how to make their own using healthy, REAL protein.  Read the rave reviews about the book, and start fueling your body with REAL protein!

Do you have a food processor?  How does it help you in the kitchen? 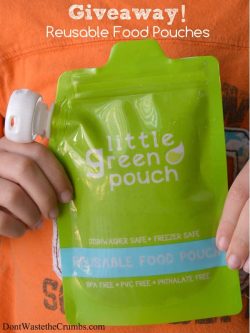 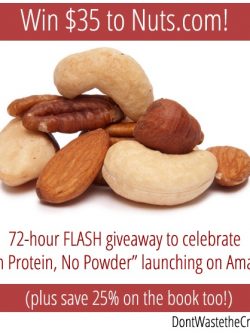 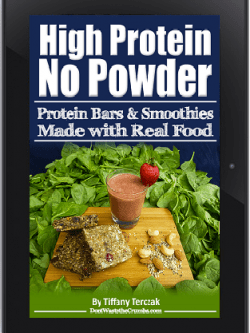 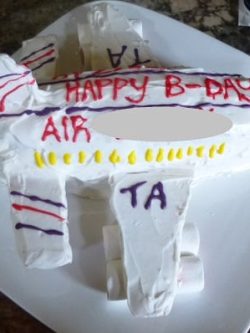