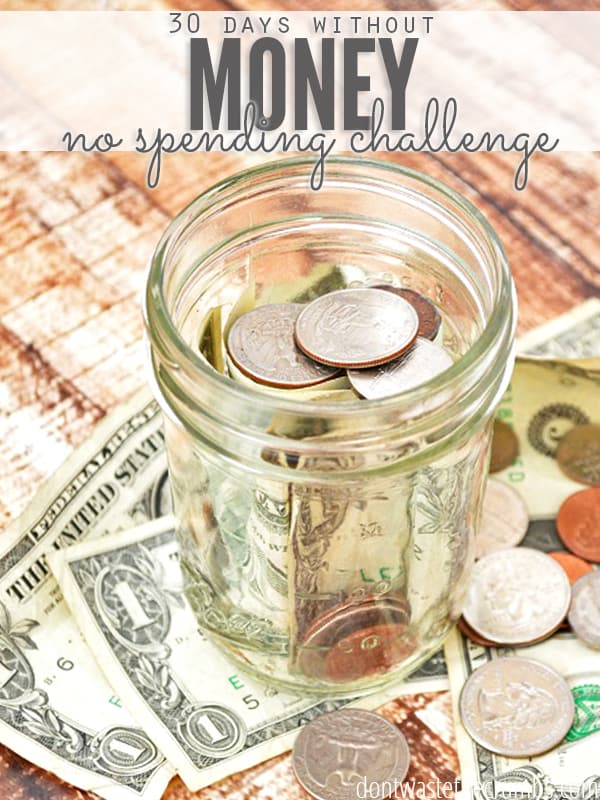 Last Saturday, Mr. Crumbs and I were enjoying the lazy morning, drinking our coffee and chatting together in the kitchen.  As we discussed our plans for the day, he asks me what we’re bringing to a church BBQ later that afternoon (bear with me, today’s post is very anecdotal):

Mr. Crumbs:  Chicken?  How much do we need to bring?

Me:  Enough to feed us I think.  I don’t think we’re expected to feed the entire church, but if everyone brings enough to feed themselves, plus an extra or two, then there should be more than enough to go around.

Mr. Crumbs:  What do you think about hot dogs?

Me:  Hot dogs?  Which means we would need buns too, right?  Since there isn’t enough time to make them before leave?  Unless you want to go bun-less?

Mr. Crumbs:   No, we’re not going bun-less.  You can do crazy stuff at home, but you can’t do crazy stuff to everyone else.   We’ll just stop by Savemart and pick them up on the way.

Me:  Babe, seriously?  Did you not read my post on Wednesday about all the food we have?  And you want to go buy more?!  *the look*

I won’t detail the rest of the conversation out, but we pondered the “we’ll just pick some up” dilemma for at least another 20 minutes or so.  We were both hit hard, from several directions.  Despite not agreeing on every single point made, we eventually ended up on the same page:

The grocery budget must go.

Now before you think we’re eliminating the budget and having spending free-for-all, I assure you we’re not.  It’s quite the opposite actually.

Short Story:  We’ve decided to not spend any money on groceries.  At all.  For the rest of August.

Long Story:  Sound crazy?  That’s okay.  We’ve been known to do crazy things in the past.  But both of us feel very strongly about this and the heart behind this post continues to challenge us to be better stewards of what we have.

It’s not that we’ve been bad stewards.  We hardly ever throw food away, live within a strict grocery budget and typically don’t buy more than our family of four can eat.  But a string of unexpected blessings has led us to have a pantry that is overflowing:

Put these on top of regular grocery shopping, my grandmother treating us during a recent visit and an awesome one-day sale on whole chickens at Whole Foods and in a matter of days, the cabinets were bulging at the seams.

So together, Mr. Crumbs and I are putting our feet down calling it quits.  No more grocery spending!

There’s simply no need!  Even when we think we need something, we really don’t!  Not when there’s a million different ways to make something, plenty of food to make instead and the internet to tell you what to substitute for eggs.

Side note:  Did you know you could omit eggs in pancakes?  Learned that yesterday.  I haven’t tested it completely yet, but I did swap 2 medium eggs instead of 3 large and no one noticed the difference.  Maybe I’ll get the chance to test the full omission later this month!

Mr. Crumbs though, being the adventurous man that he is, thought not spending money on groceries was going to be too easy… since we have a full kitchen and all.

This coming from the man who has withdrawals from couscous.

So while fully engrossed in this idea that sounded brilliant between his ears, he crazily blurted out that we shouldn’t spend money at all…

For a whole month.

After recovering from my mini-heart attack, I was able to extract the core of his concept and what his true intentions were.  As strange as it sounds, his idea wasn’t half bad.

30 Days Without Spending Money:  The Rules

We hammered out a few details and came up with the following guide for his challenge of 30 days without spending money:

What will this look in real life?

Well, here are some “challenges” we’ve dealt with so far in the first four days.

Going forward, gas could also be a challenge.  We had plans to picnic on Big Sur this weekend, but that might change since a trip there and back eats up a good bit of the tank.  We also wanted to spend a day in a sight-seeing a neighboring town, but with over three weeks worth of local (i.e. city driving) errands to run, that won’t likely happen.  We can’t take the chance of not having gas on week four to get to and from commitments, like church.

Mr. Crumbs is doing his part by biking to work daily.  The kids and I are camping out at home, cleaning, organizing and preparing for the upcoming school year.

The good news is that we have a few items listed on our local Craigslist and one of them sold!  We made $5, so I took that $5 and bought a dozen jumbo eggs and 1/2 gallon of whole milk for $4.33.  Nothing was organic since funds are limited, but it’s a short-term sacrifice we’re willing to make for this no-spending challenge.

Follow along in our challenge and see how this challenge panned out:

Will You Join Us?

I know it’s short notice, but we’d be honored if you joined us in this 30 days without spending money challenge, whether it’s for the whole thing, or just one week.  You can use our rules, modify them to fit your own needs to make up your own entirely.

The goal and purpose behind this challenge is to stretch ourselves beyond our comfort zone and to seek contentment with what we already have.  Instead of complaining about what we don’t have, we’re choosing to be thankful for what we do have.

I’ll keep you guys updated on our progress as the month goes on.  I’ll track what we’ve been eating (since I know you guys like to know that type of stuff), whether or not we’re bringing in extra income and where we’re struggling too.

I shared that I thought we could make it 33 days with what we had in the house.  Many of you thought you could make it several weeks too, so I truly hope some of you are able to go out on a limb and give this challenge a try.  Who knows what other lessons we’ll learn along the way!

So how about it – Will you join us in this impromptu no-spending challenge?  What will your rules be? 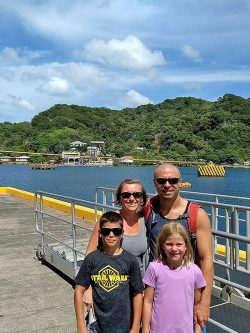 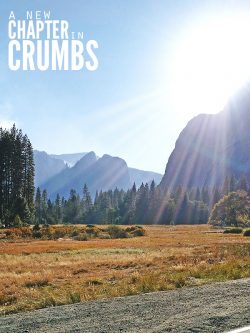 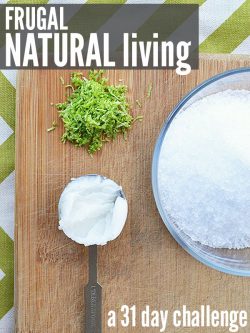 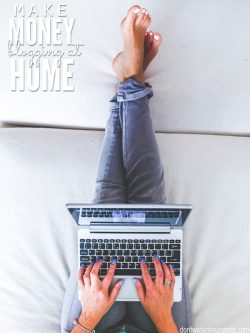