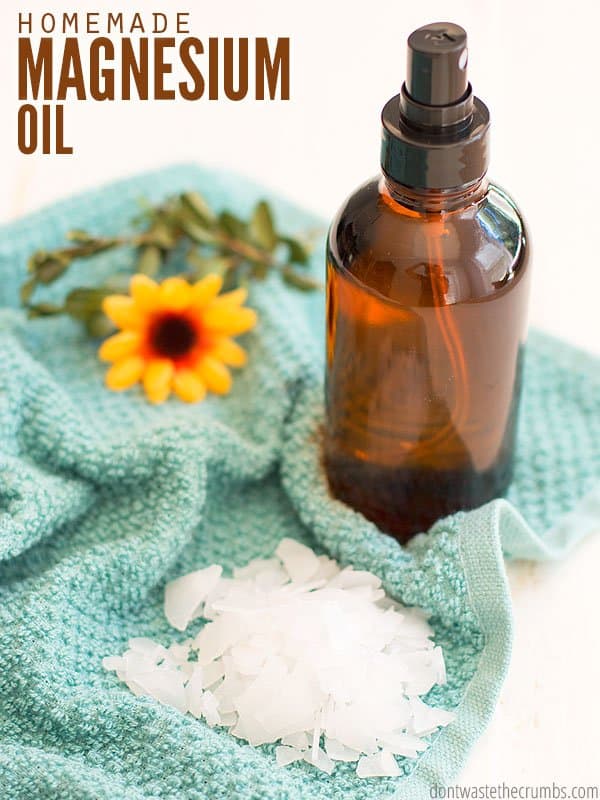 I never knew how many people struggled with restless legs, anxiety and just getting a good nights’ sleep until I shared my magnesium lotion recipe.

In fact, I just made a batch for my husband’s co-worker and it worked so well, she asked if I would make 3 more for her friends! This lotion has become so popular with our readers, we’ve actually started a second business making and selling it here!

The reasoning for trying magnesium oil FIRST is easy: the idea of making lotion freaks me out.

Nuh-uh. That was beyond me.

I had tried making lotion that in the past and it NEVER turned out the way I thought it would. My husband hated it, I felt like a failure and then I had no purpose for the ingredients I just bought.

That’s why when I wanted to make sunscreen, I found a work-around hack that did the job just as well. (Here’s my crazy-easy homemade sunscreen recipe/hack.)

Obviously though, I didn’t give up on lotion entirely. I make magnesium lotion and both my husband and I use it on a daily basis. It’s the same recipe friends and family keep asking me to make for them.

I totally get it if you have anxiety about making lotion. I’ve been there!!

But I also don’t want a few supplies and a few steps to stop you from sleeping like a baby night after night, and waking up feeling rested and ready to face the day.

So let me introduce a tutorial to you, something that’s really easy and will still yield the same amazing results that my magnesium lotion does: magnesium oil. 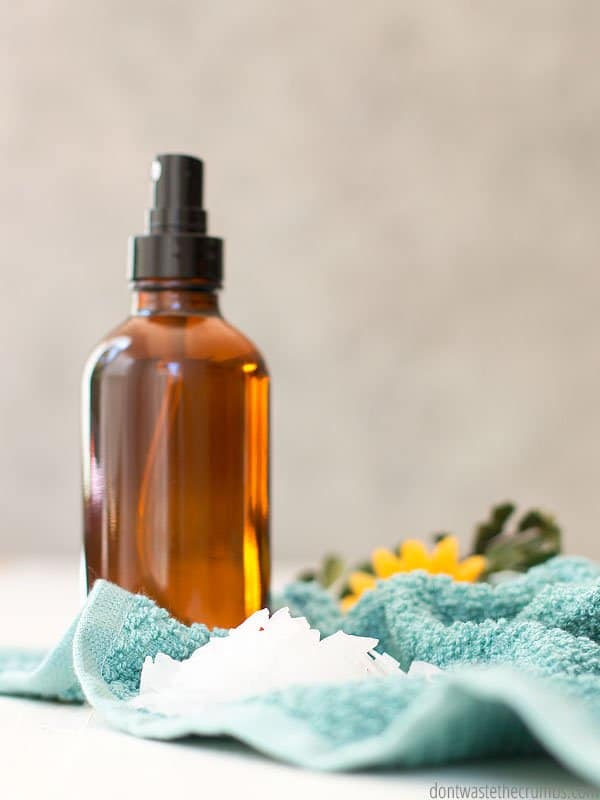 First and foremost, magnesium oil isn’t really an oil. It has that name because it feels a little bit like oil… but it’s not.

Second, even if you don’t struggle with getting a good nights’ sleep, there are other benefits of magnesium that will make you want to make magnesium oil. 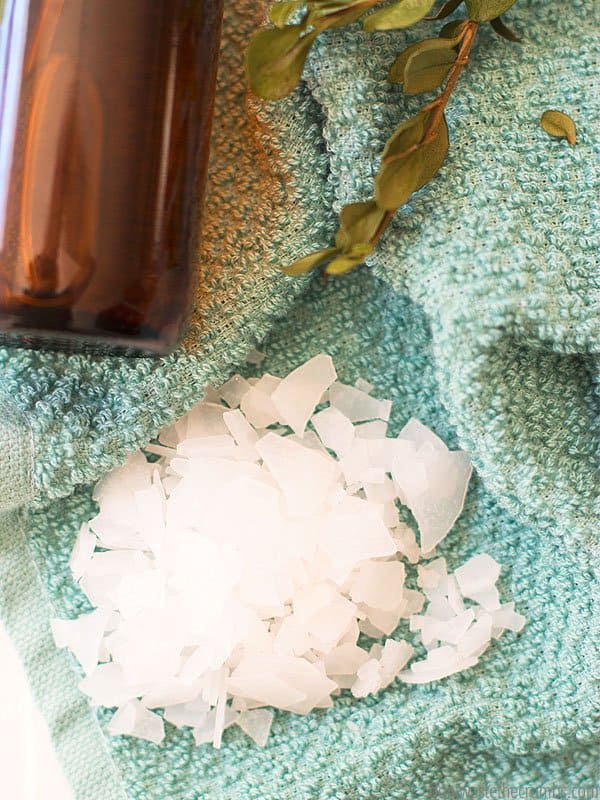 Before you jump into the tutorial, let me share a few things about magnesium oil that I think are important for you to know.

1. Magnesium oil stings when you apply it.

I’m certainly not trying to scare you off, but I’ve got to be honest. According to the grapevine, magnesium oil stings when you first apply it. The more deficient you are in magnesium, the more it stings. But supposedly, the sting goes away after about two weeks.

I used magnesium oil on my legs DAILY for FIVE MONTHS and it stung, every single time. It was especially painful the day I shaved my legs!

In no way whatsoever was there was a reprieve after two weeks. And certainly I had built my magnesium stores enough to no longer be deficient…

So here’s the deal. If you make magnesium oil and it stings, just apply your favorite lotion afterwards. That’s what I do, and it’s WAAAY better than the magnesium oil alone. In fact, this is what I do when I run out of my own magnesium lotion.

2. Not all magnesium is the same.

At the risk of sounding like a broken record, I still prefer magnesium lotion. If you’re feeling adventurous, I highly encourage you to take that route. It doesn’t sting and it really is easy to make.

However, I’d rather you start small than not start at all. that’s where this magnesium oil recipe comes into play. You only need two ingredients, and one is water! 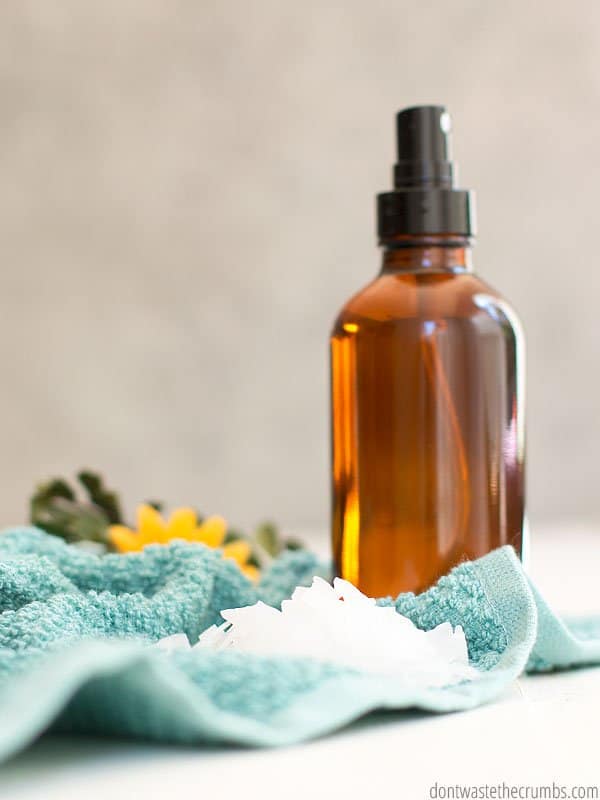 How to Make Magnesium Oil Spray

The Food and Nutrition Board share their recommended daily dosage for magnesium on this chart. I don’t really know how much magnesium I eat on a daily basis, so I make sure to use either 1 tsp of magnesium lotion daily, or 4 sprays of magnesium oil per leg.

Have you heard of the benefits of magnesium before? Do you think you’ll try to make magnesium oil? Leave me your thoughts in the comments below! 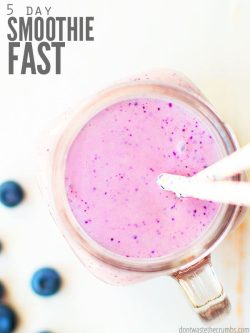 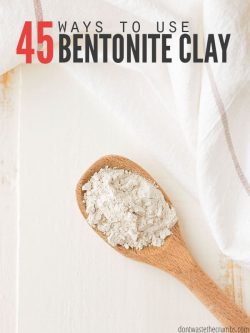 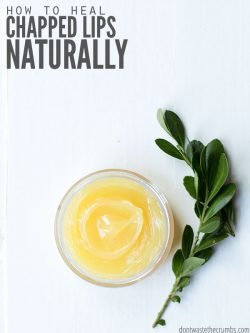 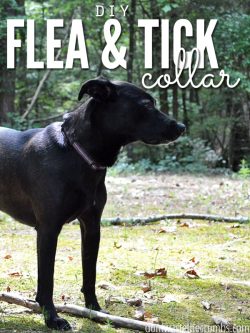 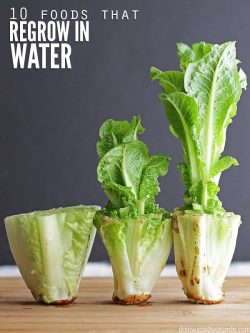 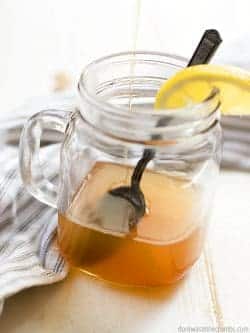