Navigation
You are here: Don't Waste The Crumbs » Recipes » Desserts » {Yummy} Recipe: Chocolate Pie and its Beloved Pie Crust (Both from Scratch!) 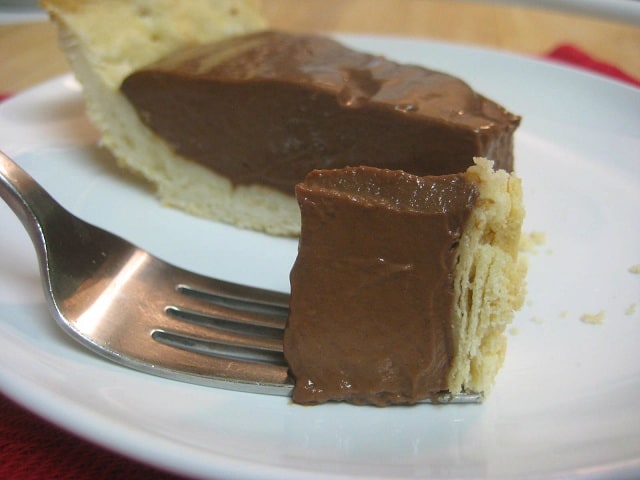 It’s no secret that Mr. Crumbs has a sweet tooth.  It’s important that I keep a variety of sweets in the house to satisfy his cravings when they randomly appear, otherwise my budget will be blown to smithereens.  At least he leans towards chocolate baked goods and ice cream, and it’s fairly easy to keep ingredients on hand for whatever baking request he comes up with.

Last week – out of the blue – he asked if we had chocolate pudding and cool whip.  With a partial smirk (because I had no plans to buy either) and a partial smile (because I knew what was coming), I asked him why.  He was in the mood for a chocolate pie, or something similar.

We opened our worn and food-spotted Joy of Cooking and found two recipes that did the trick – homemade pie crust and chocolate pudding.  Checking the pantry, we had everything needed for both.

The next time someone is craving or requesting a chocolate pie, try these recipes out for size.  Quoting the cookbook,

Once you taste this rich, smooth, deeply chocolate pudding, you will never go back to a mix.

Nor should you, by the way, go back to a mix.  There are a few ingredients listed as thickeners, sweeteners and stabilizers that have been linked to cancer (aspartame and carrageenan namely).  I’m not a medical professional and I don’t know for sure whether or not eating a serving of instant Jell-o pudding will directly give you cancer, but if there’s even a slight chance that it could, why put ourselves and our families at risk?

Especially when we have a homemade recipe that tastes so, so much better. 😉

This pie crust is also our go-to crust when we’re making any sort of pie.  It’s a cross between pastry and shortbread, and absolutely delicious.  The cheapest shelf price I’ve seen for pie crusts (including sales) is $2.50 a piece.  Butter will be the most expensive ingredient in the crust, but even using organic butter puts the crust at $1.50.

Feel free to spread the word to all our non-believing friends – real (and high quality) food DOESN’T always cost more than store-bought.  😉 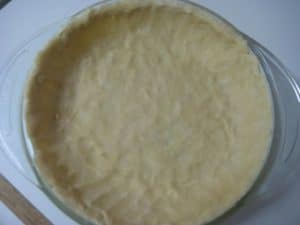 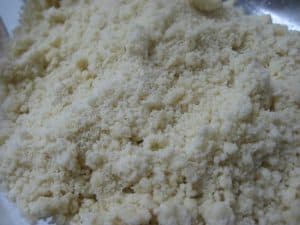 I did not do a cost comparison on the chocolate pie filling, but don’t pass this up if you have 30 minutes – that’s how long it took to do the ENTIRE pie, start to finish, crust and all.  (But not including chilling time, of course). 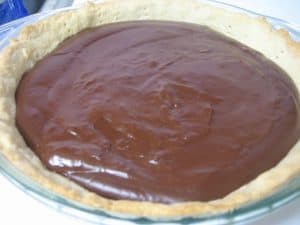 Recipes adapted from Joy of Cooking.