I hope you don’t get tired of that picture up there, because that’s going to be the theme of the week:  how to make the best bbq tri-tip sandwich on the face of the earth.

I love tri-tip sandwiches.  It was love at first bite when we ate one at a local bbq joint.  My husband made a delicious replica shortly after and that has been our sandwich for at least a year now.  But last weekend we made a few minor changes that turned our regular old sammy into a beautiful explosion of flavors that literally melted in our mouths.

There’s simply no way that I can talk about this sandwich and just cross my fingers and hope that you guys know what I’m talking about, because chances are if you haven’t been to Central California, or have a relative or friend who’s a die-hard grill fanatic, then you probably haven’t had the privilege of this sandwich before.  I want to share our secrets with you!  I don’t want you to be left in the tri-tip dust!  I’m offering some step-by-step instructions and tutorials over the next few days so that by the time the week is over, I can confidently talk about this sandwich and know that you guys are right.there.with.me.

Besides, I can’t be the only one drooling over their computer screen this week. 😉

Feel free to pass the information on to your hubbies, especially if they’re the ones manning the grill.  They’ll look like grilling master in front of their buddies and I know you will all be the good wives and let him take the all credit.

And if you’re a dude reading this, just ignore that last part and keep going. 🙂

Never hear of tri-tip?  That’s ok and honestly, you’re probably not alone.  The term tri-tip is very native to Central California.  It’s a triangular cut of meat that’s from the bottom sirloin of the animal (the pink section below) – specifically where the sirloin meets the round and flank primals.

If your local butcher gives you the stink eye when you ask for a tri-tip, you can tell him it’s the “tip of the bottom sirloin,” or better yet, find another butcher (because it’s kinda scary if you know more about meat than the butcher).  You can also ask the meat guy at Costco or find it labeled correctly at Trader Joe’s (although it’ll be from Australia).  There are two tri-tips on each cow and here’s what they typically looks like:

They can be trimmed (which is the above picture), or untrimmed.  Untrimmed tri-tip has a nice thick layer of fat on top, but you really just want a thin layer so you’d need to cut that back to 1/8″-1/4″.  You can do that yourself, purchase it trimmed, or have the butcher trim it for you.  For those super-fat-free nuts out there, resist the urge and leave a little bit of fat.  Trust me.

Tri-tip is a relatively inexpensive cut of meat, at least in terms of the prices of  beef.  The average trimmed tri-tip weighs around 2 – 2.5 pounds and can easily be found for $4.99/lb.  I’ve definitely seen it higher ($6.99 this past week!), but try hard to squeeze it into the budget if you see it for $3.99/lb trimmed because that’s a really great price.

Disclaimer:  meat prices are regional so watch your ads before you jump at $3.99/lb.  Who knows, your local price may be way lower!

For my family of four, we can easily get two dinners with one roast (sometimes another lunch or two as well).  That’s 8 servings for about $1 each.  The only place we’ll pay for a tri-tip sandwich charges $6.50 each.  What a difference it makes cooking at home!

The greatest complaint on tri-tip is that it’s a tough cut of meat.  This can be true, since it’s fairly lean, but you can pull out a few tricks and easily avoid this.

Our magical tri-tip marinade is a combination of margarita mix (or limeade) and this spicy rub and it turns out amazing every time.  We’ve found that starting the marinade mid-morning (9-10am) for an early evening roast (4-5pm) is ideal.  Marinating overnight can be done as well if you’re the forgetful type.  However, if you find yourself short on time for marinade, skip the tri-tip altogether and plan something else.  This is not a cut of meat I’d recommending cooking on a whim.  Besides, you don’t want to be forced to make the choice between tossing $8 worth of meat or eating steel.

We have a rotisserie attachment on our grill.  You can grill it just fine without a rotisserie (or even in an oven like a traditional roast), but make sure you cook it slow.  A 2.5 lb tri-tip takes 1 – 1 1/2 hours on our charcoal grill.  Use a meat thermometer and pull it off when it reads 130-140 degrees.  Typically 130 degrees yields medium-rare and 140 yields medium.  Whatever you do, do not cook it past medium.  This is not like a traditional steak that will still be tender if cooked medium to well done.  The more you cook it past medium, the greater the chances of it coming out tough.  Trust me, keep it in the 130-140 range and keep the rare-meat-phobes out of the grill area.  Once you pull it off the grill, let it rest (i.e. don’t touch it) for at least 20 minutes before carving.

3. Slice it thinly AGAINST the grain.

This is probably the most crucial piece of the puzzle.  Most people want to slice it with the grain, because it makes longer pieces and those seem to be more appealing.  DON’T DO THIS!  Take a look at this tri-tip and notice the black marks – they’re going with the grain.

You want to cut perpendicular to those marks, or make a “t.”  Take a look at the same tri-tip, but with blue marks showing the direction to cut.

Make sense?  Notice my lines aren’t the same across the whole cut of meat.  That’s because the grain may run in several different directions, so you’ll need to check the way the grain is running every few slices or so.  You want your slices to be thin – 1/4″ thick or less – and ideally, the thinner the better.  If sliced thin and against the grain, it’ll literally melt in your mouth.

Get the full scoop on homemade tri-tip sandwiches: 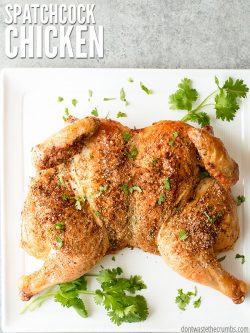 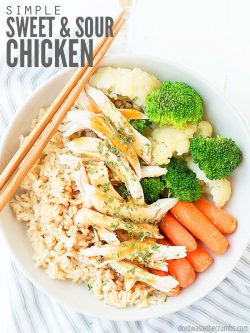 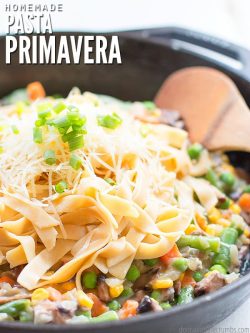