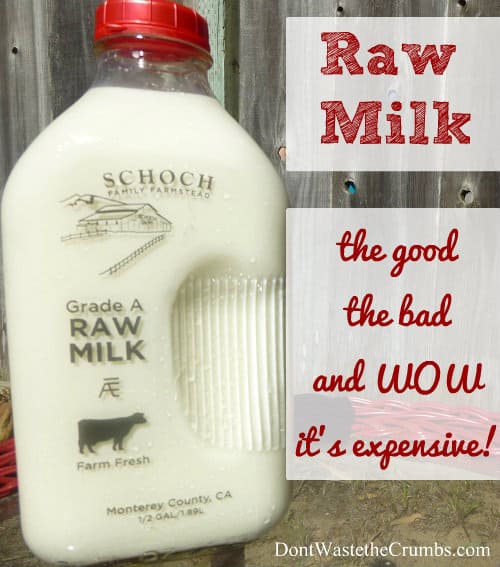 Real, traditional and whole foods are whole.  They’re not broken down by machines and heat.  They’re not processed to become something else.

Can you think of a food that has been processed and is actually better than it’s original, unprocessed self?

That’s not a trick question either.  I’ve been wondering the same thing myself and so far I’ve drawing blanks, so I’m definitely interested in hearing what you guys come up with.

We’ve been talking about milk – straight up milk – as one of our baby steps in the Nourishing Traditions Dairy series.  Some of the benefits of raw milk are mentioned here when we discussed pasteurization, but today’s post is focused solely on raw milk.  The good, the bad, the ugly.

Why We Should Be Drinking Raw Milk (the benefits)

Pretty long, right?  Not only does raw milk have those vitamins and minerals, but they’re all whole and in tact.  Not broken down by machines and heat.  Not created in a lab and added after the fact because the manufacturing process damaged the original vitamins.

Fat soluble vitamins (A, D and K) require fat in order to be absorbed by the body.  Without fat, they’re passed right through.  Raw milk is the best example out there of obtaining these vitamins from a natural food source in a form that our bodies can use.

Raw milk also contains enzymes, the “do-ers” of the body.  These guys are the ones that help the body break the milk.  Without them, milk can be hard to digest.  Without enzymes, the complex proteins in milk are less available.  The nutrients listed above can’t be properly absorbed by the body.  They say calcium builds bones, but enzymes are what allow the body to absorb it.  Drinking all the milk in the world won’t help build strong bones if your body can’t access the calcium.

Several studies have been done to verify whether or not heat (pasteurization) effects the quality of nutrients, and it does – greatly!

If you’re looking for a milk that has the most nutrition, raw milk is clearly the choice.

I know this sounds strange, but it’s totally true!  Milk contains two major proteins, lactose and casein.  The body requires the enzyme lactase in order to digest lactose, and it makes some.  But for most people, what the body makes is not enough to break down the lactose in a glass of milk  The result is intestinal pain and irritation from diary products that contain lactose (including pasteurized and homogenized milk).

Good news for us, raw milk contains lactase!  A study done in 2007 found that 82% of lactose-intolerant individuals were not only to simply tolerate raw milk, but when they drank raw milk exclusively (i.e. no pasteurized milk), their intolerance symptoms disappeared!  (source)  This would carry over into raw butter, raw cheese, raw yogurt and raw ice cream too!  More studies are being done on the topic and I’m looking forward to seeing the results of this study of organic pasteurized vs. organic raw vs. soy milk at Stanford.

This amazing acid alone is worth it’s own paragraph!  CLA has very strong anti-cancer properties, encourages the buildup of muscle and prevents weight gain. According to the Journal of Allergy and Clinical Immunology, it can also reduce the body’s resistance to insulin and lowers food allergy reactions. CLA can only be found in the milk (or churned butter) of grass-fed cows.

4. LACK OF HORMONES AND CHEMICALS

Farmers who care for cows and sell raw milk are less likely to use hormones or chemicals and instead practice non-certified organic, sustainable farming methods because that’s how it’s always been done in their families.

It’s a cycle that benefits everyone involved.  The farmer produces high quality milk – the surrounding community buys the milk because it’s better than the milk at the store – the farmer earns a profit and continues to provide the high quality milk his consumers are seeking.  Plus, the farmers are held responsible for the quality of their milk.  If someone gets sick or notices an off flavor, they know exactly where their milk came from.

This is by far the biggest contributor.  Some of you are fortunate to have access to as much raw milk as you want.  Some pay as little as $2 per gallon.  Others pay closer to my range of $14/gallon in my area and then some can only buy it legally in their state if they own a cow.  Others still, can’t buy raw milk.  Period.

As a whole, society says raw milk is bad.  John F. Sheehan, one of the directors in the US Food and Drug Administration, says “Drinking raw milk or eating raw milk products is like playing Russian roulette with your health” (source) and claims that the FDA sees illness every year related to the consumption of raw milk.

Newsflash:  there’s illness related every year to the consumption of pasteurized milk!  And sugar.  And high fructose corn syrup.  And hydrogenated oils.  And aspartame.  And carageenan.

These are awful, toxic and dangerous man-made chemicals, yet they’re perfectly acceptable – even desired in some cases – in our foods.  But God-made raw cows milk is shunned?

If you believe in the health benefits of raw milk, you’ll do what it takes to get it.  I’ve heard of some families driving 4 hours for raw milk.  They all pitch in their money for their milk and each family takes turns driving on the weekend to pick up the milk for everyone.

There are a few sites that can help you get started with finding a farm near you that sells raw milk.

If you search these sites and turn up nothing (like me), check Craigslist!  Small farms sometimes list raw milk for pet consumption.

If that doesn’t work, start visiting local markets.  Ask the guy that sells pastured eggs, or the ones that sell grass-fed beef.  Ask fellow shoppers if they happen to know anyone in the area selling raw milk (but be nice about it so they don’t think you’re trying to turn them in or anything, lol).

Then try the health food stores.  Ask the butcher and the produce guy, since they deal with folks outside the store often.  Also try asking other customers there too!

Do you see a pattern here?  Get out – start asking questions – get to know your community!

How to Drink Raw Milk on a Budget

I really like the approach that Stephanie Langford took in “Real Food on a Real Budget.”  She calculates how much it costs her family for drink raw milk each month and then separates that amount out of her grocery budget at the start of each month.  It costs her $70 each month for her family to drink raw milk.  That’s a lot of money to many of us, but raw milk is so important to her that she willingly cut back in other areas of her budget so that they could make it work.

If you’re determined to drink raw milk, don’t give up.  It might be hard, it might be expensive, but the benefits are certainly worth the effort!

Do Something:  Start looking into a local source for raw milk.  You don’t have to commit to drinking it, but at least start looking around so if/when you’re ready to give it a try, you’ll know where to find it.

To those who drink raw milk – what made you switch?  Share your story! 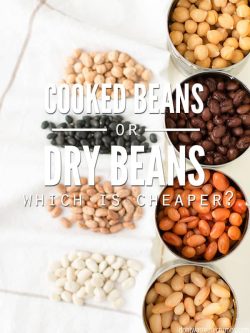 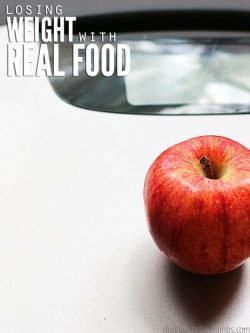