You are here: Don't Waste The Crumbs » Saving Money » How to Stock Up on Meat when You’re Already Over Budget 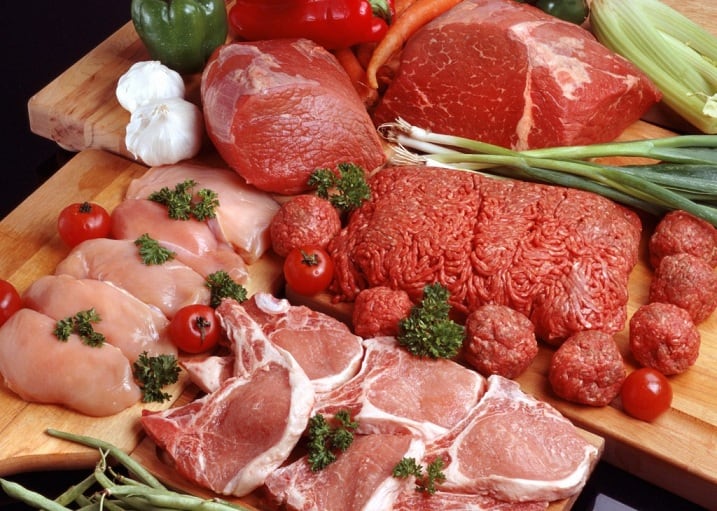 Last month’s grocery budget was blown because we invited family over for dinner.

What a downright awful reason.

That doesn’t mean family isn’t allowed to come over anymore.  It means that I need to be more diligent about having food available so when we do invite family, or anyone for that matter, over for dinner, it doesn’t wreak havoc to my numbers.

How can I do this?

The shopping list for last week was based on meals I had planned for the last two weeks of September, plus two whole organic chickens and whatever else was empty or near empty in the kitchen.

The list was then divided into stores so that when I walked in, I knew exactly what I needed from that store, no more and no less.

But here’s secret #1:  Seek out and start with the cheapest store and keep an open mind.

Since reading labels has taken precedence over brand names, I really don’t care who makes what.  That may change later, but for now – whether some big name company makes my butter or a mom and pop operation does, as long as it’s organic (or pastured), it doesn’t matter to me.

Take the “Back to Nature” crackers I found at Grocery Outlet.  Never heard of them, but I read the label and there’s no junk or fake ingredients listed.  In my book, they’re a-okay.  In fact, supporting a smaller, unknown business is slightly more appealing anyway.  They have more to lose, so they’re more apt to produce a better quality product.

By starting at the cheapest store, I was able to cross off things from my list that I knew other stores had, but at a higher price.  Organic butter is a perfect example.  It was on my list for Trader Joe’s.  Organic, unsalted butter is regularly priced at TJ’s for $4.69/lb.  If I can beat that price – regardless of the brand name – then I’m taking advantage.  As it turns out, Grocery Outlet had organic, unsalted butter for $3.49/lb.  The brand was different, but again, it didn’t really matter.

Kerrygold butter is another example.  I was prepared to pay $3.99 at Whole Foods for their 8oz tub.  Grocery Outlet had the same butter priced at $1.49 per tub.  This time it was the same brand, the same product – for less!

Grocery Outlet often carries second chance items, overstock or products whose expiration date is approaching.  This means there’s a chance that neither of these items will be available next month.  But at least I know that Grocery Outlet had them, so there is a chance they will have them again later.  If not, I know where I can find the next cheapest price.  Saving those few dollars now ($7.40 to be exact) frees up some room for meat.

We were low on coconut flakes and brown sugar.  Both of these are used regularly in our house so it would seem reasonable to buy two packages of each, just in case.  But buying “just in case” defeats the purpose of my planning.

What happens if I run out of coconut?

The world is going to end.

I’ll just make something else.  What about brown sugar?  White sugar, maple syrup or honey make great substitutions.  I can’t remember a time where I used a whole package of coconut or brown sugar in one month, yet there’s always an instinct to have another package available.  Maybe because I’m a reformed couponer, I don’t know, but right now that $3.71 that I saved by buying one of each instead of two can go towards meat.

Secret #3:  Splurge, just a little, when it counts.

Neither potato chips, pretzels nor cocoa are “must have” items in the pantry, but because they’re available, my family can indulge on some healthier versions of mainstream snacks and desserts (chocolate pie, anyone?) when the craving attacks.

You know how supermarkets take those large colorful bags of potato chips and put them on the end of an isle with an oversized sign advertising these hydrogenated oils for “Buy One, Get One Free!”?

Mr. Crumbs is their ideal target.  He’s a bike commuter, often ravenous and those “sales” are detrimental to my grocery budget when he’s on the hunt for one, last minute onion.

He’ll be in the store, hungry and he knows whether or not we have something snacky in the pantry.  It’ll seem like a good deal, but not only are those chips filled with artery clogging oil, but they’ll be hanging around our pantry LONG after he gets his salty crunch fix.

For weeks (possibly months) they’ll sit uneaten, because we know we’ll feel bad (physically) if we eat them.

So this “great deal” turns into wasted money.

How do I avoid this?  By choosing one or two healthier snacks that may cost more per ounce, but are better for the budget (and our bodies) overall.  I spent $3.18 on two bags of snacks, but it’s still less than the $4.29 he’d pay during the BOGO sale.  Go ahead and close your eyes for a moment and visualize me adding the $1.11 saved to my running total.

I’m a huge fan of markdowns – both meat and produce.  My gut says finding marked down organic chicken will be much tougher than conventional, so my focus is on non-chicken items.

Often times marked down items are in smaller packages, which is both good and bad.

My plan is to keep shopping the mark-downs and picking up a package here and there when the deal is good.  Last weeks’ trip was abundant – ground beef, pork chops and steak were added to the freezer and $4 was saved.

If the freezer ends up with two packages of roughly the same cut of meat, I’ll combine them for a “company” meal.  If no two packages are alike, those will be used for regular meal planning and we’ll save a whole chicken for company instead.

These four secrets have saved me just over $16 so far and that’s no small coinage.  That reduces my cost of two whole organic chickens to just $6 – a much, much better improvement over last month’s $20 dent.

How do you cut back to stock up on meat? 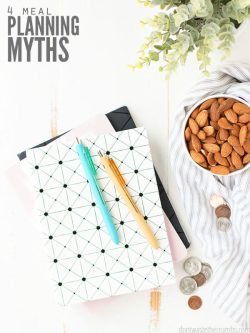 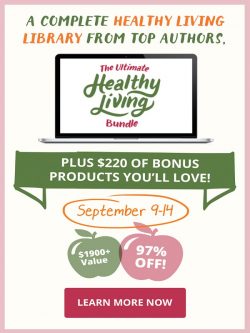