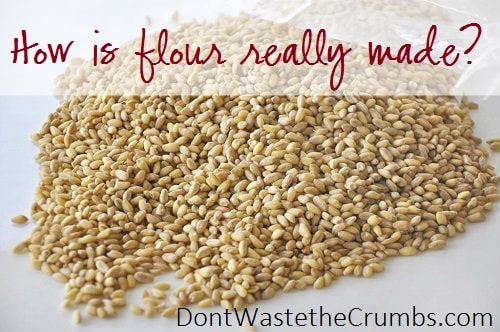 I think we as a society take for granted the food industry.  Many people think food comes from the supermarket instead of animals or agriculture fields (my kids included).  As a group, we don’t stop to think about what it takes to get food from the fields to packages, ready for us to consume.  If we did, I wonder if we’d really shop at the supermarket as often.  I’m curious if we’d start buying seeds and grow food ourselves, reducing the unnecessary additives and processing steps that occur long before we sit down for dinner.

The term “flour” is used to describe any edible substance in powdered form.  I’m sure you’ve heard of almond flour, quinoa flour or coconut flour, right?  Each of those are simply the original item (almonds, quinoa and coconuts) but in a powdered form.

Second, all baking flour we usually see on supermarket shelves, unless otherwise stated, comes from a wheat berry.  Cake flour, all-purpose flour, bread flour, whole wheat flour… it all comes from the same original source.  “Otherwise stated” includes grains like rye, kamut, buckwheat and spelt.  Think that because your flour is white that it’s not made of wheat?  Think again.

Wheat berries are also commonly known as wheat kernels and they’re comprised of three parts:  the bran, germ and endosperm.

The bran is the outer part of the berry.  It’s made up of 7 layers and this is where you find the majority of the fiber (insoluble, meaning it dissolves in water), vitamins and minerals, as well as a small portion of the protein.  (Remember the nutrition of unrefined wheat?) 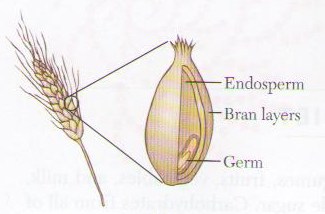 The endosperm is the inner part and contains the majority of the protein, carbohydrates, iron and a portion of the major B vitamins.  The fiber contained in the endosperm is soluble, meaning it requires fat in order to be dissolved and absorbed.

The germ is the small embryo, or the sprouting section of the seed, and it contains most of the berry’s fat and vitamin E.  It also contains a greater portion of the al-important B vitamins.

Notice that while the endosperm contains soluble fiber, most of the fat is contained in the germ portion.  This will be important as we continue.

How is Whole Wheat Flour Made?

How is White Flour Made?

White flour on the other hand, is vastly different.  White flour starts the same as whole wheat flour, but has a much different ending.  Take a look at this diagram to see the process of milling white flour (and note that while this picture seems a bit complicated it is actually “simplified”…) 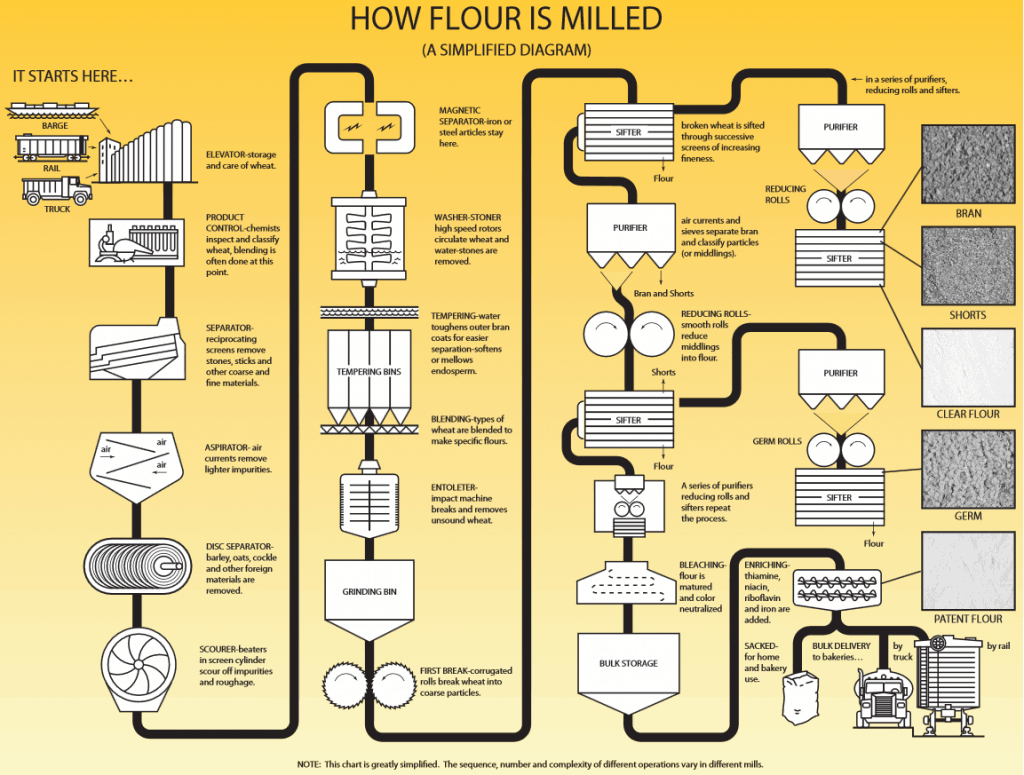 My first thought is this:  wow, that seems like a lot of steps.  Don’t be overwhelmed by all the pictures and big-sounding words.  What you need to take away is this – what goes in doesn’t come out… at least not all together.  And it doesn’t happen automatically.  Chemicals and big heavy machines that damage the food make this happen.  Flour isn’t really that dainty powdery substance in our cabinets.  It’s the unfortunate, damaged product of an industry that doesn’t care much about the health of society.

White flour is made from only the endosperm of the wheat berry.  The whole berry goes in, but somewhere along the way the three parts of the berry are separated from each other and dealt with individually.  In the end you have three separate bins:  one of bran, another of germ and a third of white flour.  This is why you can buy wheat germ and wheat bran separately at the store – because they’ve been separated during the process of making white flour.  Unfortunately, when the bran and germ were taken away from the endosperm, most of the nutrients were taken away too.

Remember that when in a whole state, the endosperm contained protein, starch, iron, B vitamins and fiber.  The excessive processing involved with making white flour removes 30 of the nutrients originally present in the wheat berry.  Even if some of the fiber remained, it’s soluble fiber and requires fat in order for the body to absorb and utilize it.  The nutritional data from refined, white, all-purpose flour shows only 1 gram of fat for one entire cup, leaving those 3 grams of fiber to be unutilized and essentially wasted.  Think you’re getting fiber when you eat refined white flour?  Think again.

And this is just the beginning.

You’re probably thinking, “So what’s the big deal Tiff?  Lots of things take lots of steps in order for them to be made.”  You’re right – but that shouldn’t be the case!  Food shouldn’t have to go through twenty different processing steps BEFORE we’re able to buy it, when we’re really going to turn around and use it to make something else!

I can’t think of “white flour” and NOT see that yellow diagram in my head.  I hope the same thing for you.  It makes me second guess all the flour I buy, thinking about the chemicals used (and later removed using other chemicals) in each step to create the single bag.  And to image all those steps create before the flour is used to make the one single loaf of bread we buy off the shelf?  And that doesn’t even touch the enriching, bleaching and bromating processes!

Wondering if manufacturers really do use bleach in flour?  Or chlorine?  And why if the same thing can be achieved by letting the flour rest for 10 days?  Why are all these steps needed if we can do the same thing at home with a coffee grinder?  That’s coming up later this week!

But first, I’ve got a SUPER big giveaway coming up tomorrow.  It’s probably the biggest giveaway Crumbs has had so far to date.  If you haven’t already, sign up for the weekly newsletter – it’s a required entry for the giveaway (don’t worry, I’m not gonna spam you), plus the newsletter goes out tomorrow so you’ll have all of the posts this past week wrapped up in a nice little package and delivered to your inbox.  PLUS the newsletter will contain a couple cake-baking tips that you may find useful (and won’t find on the blog).

Do Something:  Think twice before automatically buying white flour again.  Try to buy wheat flour if possible, for both the nutrition and the simple milling process. 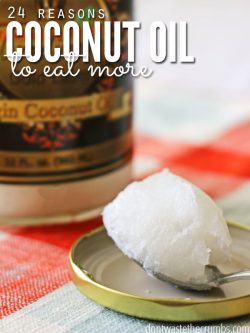 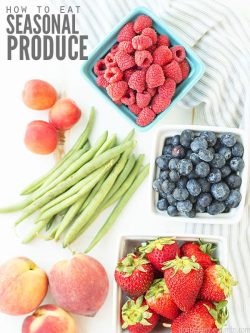 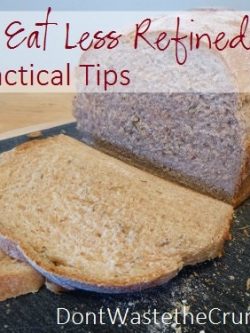 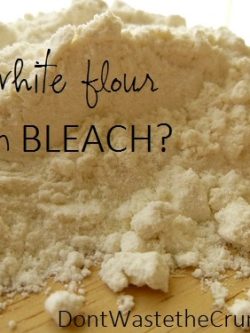