My grocery budget is $300 each month for a family of four – two adults and two kids.  This real food budget includes food, toiletries, household items as well as health & beauty products. I’m currently in the red by $15.72 and that kinda stinks.  Want to see how I spent the entire $300 (and then some) of my budget?  Catch up with week one, week two and week three.

Well folks, since I started this week already over budget, I couldn’t exactly try to stay “in” budget, so my goal was just to stay away from the produce isles, lol.

Believe it or not, I only made one stop this week!  It would have been no trips (would make for a pretty boring post, dontcha think?), but our family dinner on Sunday was cancelled and we needed a back-up plan.

Allow me to explain – there actually was a backup plan, but a woman in our church had her baby and I signed up to bring her a meal.  It was easy to remember when I signed up… not so easy to remember when it’s not written in my planner, lol.  It wasn’t until 1:30pm  (30 minutes before nap time) the day-of when my brain kicked in and I freaked out, having nothing prepared for her at all.  Since I wouldn’t be able to leave the house to deliver a meal later in the evening (I leave for class merely minutes after Mr. Crumbs gets home), panic nearly set in.  Then it dawned on me that there was a batch of Sweet & Sour Pork in the freezer from a couple weeks ago.  I intentionally made a double batch so that we’d have a freezer meal ready as a back-up in case something had gone awry (or burned, or forgetfulness, or plans were cancelled, etc.).  It would be better for my own family to be left hanging without dinner because of my forgetfulness than the new mom at church, so I thawed the meal, made coconut rice and tossed some fresh berries in a bag for an easy meal and and light dessert.

With my back-up no longer an option, Mr. Crumbs had a free pass on dinner.  He suggested southwestern salads and since they’re my favorite, I happily said yes!

I know I can get the half and half at Costco for $1 less, but there was no other reason to go there until the grocery budget reset.  I thought that it would be smart of me to go ahead and spend $1 at Savemart instead of risking spending way more at Costco.

I’m over the budget goal by $20, but I’m going to honestly put this in the “not too shabby” category.  I didn’t buy anything that wasn’t for a specific purpose and I have lots of food that will carry over into next month, including the frozen produce from the 50lbs last week.  And I successfully stayed away from the produce!

In other news, I’ve been working on my monthly meal plan for August since my grocery budget resets today.  Food glares are me, daring to be eaten every time the pantry is opened, so August is going to be my first attempt at a pantry challenge.  Truth be told, I’m kinda nervous.  One of the obvious purposes of a pantry challenge is to eat what’s in your pantry, but I really don’t have a lot of “food” in my pantry.  Instead, I have many “ingredients.”  This means I’ll have to come up with new ideas and recipes that hopefully will stretch my (small) culinary skills and give our taste buds new experiences.

An exciting perk of a pantry challenge is a lower grocery bill.  Given this month’s tally, I’m all for that!  It would be nice to put some extra cash into our savings account to off-set the overage this month, or even set it aside to help stock-pile chicken again (it’s on sale again for $1.99/lb!) or more than likely, more produce!

What about you?  How did you do on your grocery budget this month? 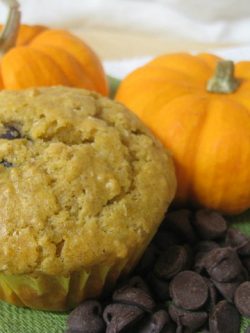